Join us for "Adaptive Leadership and Climate Action," a conversation with two HKS alums working to solve the climate crisis – in Brazil and the United States. Natalie Unterstell is a climate change policy and negotiations expert working to save the Amazon, while Camila Thorndike is a climate organizer and National Director of Advocacy for Climate XChange. This event will be moderated by Rand Wentworth, Louis Bacon Senior Fellow in Environmental Leadership and Adjunct Lecturer in Public Policy at Harvard Kennedy School.

Note: While this virtual event is on the record, the event organizers prohibit any attendees, including journalists, from audio/visual recording or distributing parts or all of the event program without prior written authorization. 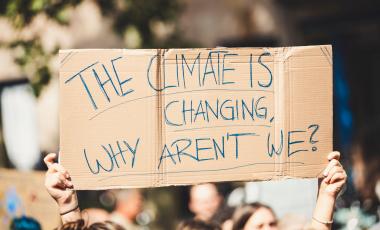 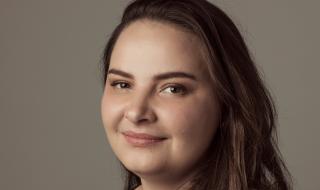 Natalie Unterstell is a climate change policy and finance expert from Brazil, currently serving as director of Política por Inteiro think tank. Unterstell is on a mission to build a net-zero and deforestation-free world.

Having lived and worked in the Amazon rainforest, she has worked in government, private sector, and civil society roles. She served as the Head of Sustainable Development for the Brazilian Presidency, Head of Climate Change and Forests at the Brazilian Ministry of the Environment, Head of the Climate Change Center at the Government of State of Amazonas, and as a climate and forests negotiator at the United Nations Framework Convention on Climate Change.

She is the founder of multiple think tanks and policy advocacy groups focused on climate leadership, democracy, and forest governance, and she serves as advisor to various initiatives, including as an appointed member to the Green Climate Fund's Accreditation Panel. In 2018, she was selected for the largest all-female expedition to Antarctica, where she reaffirmed her commitment to advance climate solutions. She is a frequent writer, media commentator and speaker. 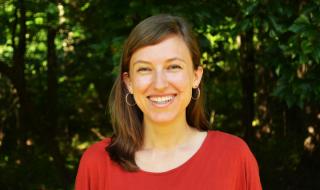 Camila Thorndike is a lifelong environmental and social justice campaigner from southern Oregon. After graduating from Whitman College, she worked for the U.S. Institute for Environmental Conflict Resolution, a regional planning process in Arizona, and on a national musical about fossil fuels. In 2013 she co-founded Our Climate, a youth-focused climate advocacy nonprofit now active in more than 15 states.

At the Chesapeake Climate Action Network from 2016-2018, Camila led a campaign of 100 organizations to pass the 2018 Clean Energy D.C. Omnibus Act, the strongest set of sub-national climate laws in the US. While at HKS as a Bacon Fellow and 2020 MC/MPA she spearheaded the elevation of climate action in curricula and school programming. Camila has since served as National Advocacy Director at Climate XChange, where she took a brief leave to join Sunrise Movement for the 2020-21 Georgia runoff elections. 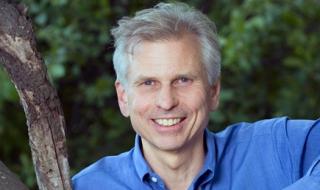 Rand Wentworth is the Louis Bacon Senior Fellow in Environmental Leadership, an Adjunct Lecturer in Public Policy and a member of the faculty for the Senior Executive Fellows at the Harvard Kennedy School.  He also serves as president emeritus of the Land Trust Alliance, a national conservation organization based in Washington, DC which serves as the leader for 1100 land trusts with 8,000 staff, 16,000 board members and 4.6 million members. He served as president from 2002-2016 and is widely recognized for expanding the pace and quality of land conservation in America.

Wentworth has testified before Congress three times and led a coalition that built bi-partisan support in Congress for a bill that dramatically expanded the tax incentives for donations of conservation easements. During his leadership, land trusts doubled the annual pace of conservation in America and have now protected over 56 million acres.  During his time as president, the Land Trust Alliance created a national accreditation system; built a virtual university for land conservation training 5000 people each year; and Terrafirma, an innovative insurance service that funds the legal costs of defending conserved lands from legal challenge.

Before joining the Land Trust Alliance, Wentworth served as vice president and founding director of the Atlanta office of the Trust for Public Land where he in tripled the size of the national park honoring Martin Luther King, Jr. and completed a $143 million capital campaign to protect 70 miles along the Chattahoochee River, the primary drinking water supply for the City of Atlanta.

Mr. Wentworth is a graduate of Yale University and holds an MBA in finance from Cornell University. He served as the Environmentalist in Residence at Middlebury College, was a visiting professor at the Graduate School of Architecture and City Planning at Georgia Tech and has lectured at Yale and Duke.