Afghanistan and Its Consequences

Ryan Crocker, former U.S. Ambassador to Afghanistan, Iraq, Pakistan, Syria, Kuwait, and Lebanon, will share his unique perspective on Afghanistan and offer insight into the implications of the 2021 Taliban takeover for the country and the region at large. 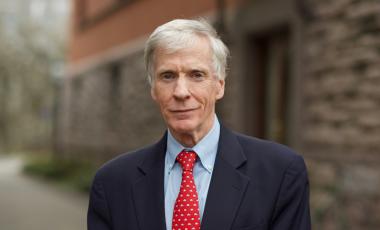 Ryan Crocker, former U.S. Ambassador to Afghanistan, Iraq, Pakistan, Syria, Kuwait, and Lebanon, will share his unique perspective on Afghanistan and offer insight into the implications of the 2021 Taliban takeover for the country and the region at large.

This event will be moderated by MEI Faculty Director Tarek Masoud.

Ryan Crocker is a Nonresident Senior Fellow at the Carnegie Endowment for International Peace. Other academic appointments have included Diplomat in Residence at Princeton University, inaugural Kissinger Fellow at Yale University, the James Schlesinger Distinguished Visiting Professor at the University of Virginia, and Texas A&M where he was Dean of the Bush School of Government. He was a career Foreign Service Officer who served six times as an American Ambassador: Afghanistan, Iraq, Pakistan, Syria, Kuwait and Lebanon. He serves on the Board of Advisors of No One Left Behind, an NGO dedicated to ensuring that America keeps its promises to Afghans and Iraqis who risked their lives to support us.He received the Presidential Medal of Freedom, the nation's highest civilian honor, in 2009. Other recent awards include the West Point Association of Graduates Thayer Award in 2020 and the inaugural Bancroft Award, presented by the Naval Academy in 2016. Also in 2016, he was named an Honorary Fellow of the Literary and Historical Society at University College, Dublin where he was presented the annual James Joyce Award. He is an Honorary Marine.