Algeria: Understanding what we have been seeing 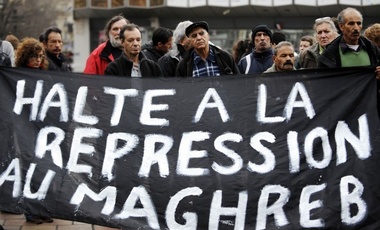 Educated in London, Oxford and Aix-en-Provence, he received his D.Phil. from Oxford University in 1980 for a thesis on the Kabyle question in Algeria. He has continued to work on Algeria, visiting the country repeatedly, and has published many articles on Algerian politics and history. He has also worked and published articles and papers on the cooperative movement in Jordan, the Western Sahara question, the Northern Ireland question, the history of Islamism in North Africa and the political anthropology of Berber society in the Maghrib. As Crisis Group's North Africa director, he was responsible for a series of reports on ‘Islamism in North Africa', on the problems of political reform in Egypt and Algeria and on the Western Sahara question.

His book, The Battlefield: Algeria 1988-2002. Studies in a broken polity, was published by Verso in 2003. His new book, Berber Government: the Kabyle polity in pre-colonial Algeria, will be published in the course of 2011. He is now working to complete a study of the political dynamics of Islamism in North Africa.

A recent article by Hugh Roberts in Foreign Policy magazine.