The November 11th session is focused on Arctic Broadband Connectivity.  Connectivity is considered highly important to provide better quality of life and more business opportunities in Arctic communities. COVID-19 has shown that access to the internet is not just a luxury, but a human right that enables full participation in society, access to education, healthcare, family, public resources, and economic opportunity. In this November 11th session of the Arctic Resilience Forum, we will explore the “What”, “How” and “Why” of broadband connectivity in the Arctic. 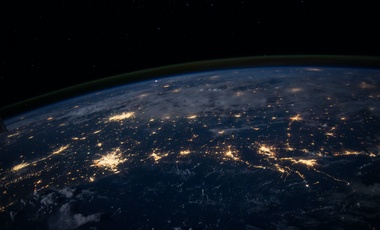 Broadband connectivity enables people and communities to connect, collaborate and participate in commerce. Challenges to Arctic connectivity may be unique, but the need for connectivity is universal. In order to survive and thrive in times of crisis the Arctic must find a way to leverage technology to stay connected and in business. This panel will feature technologists, telecom leaders, and Arctic community members as we explore the “What”, “How” and “Why” of connectivity in the Arctic.

What: What are the next generation technologies that will make broadband connectivity possible in the high North? From satellites to undersea fiberoptic cables what are the new ways technology companies can bring internet access to remote communities. This panel will feature technologists who are leading the way for increased Arctic connectivity.

How: How do telecoms companies make investment decisions about building in the Arctic? This panel will look at the work being done by the Arctic Economic Council on the Sustainable Investment Decision Matrix and foster conversations with telecom leaders about how they are investing in Arctic connectivity.

Why: Why does connectivity matter to Arctic communities’ resilience? This session will invite community members from the Arctic to share the opportunities they have gained from connectivity, and the continued challenges that they may be facing because of inadequate broadband access.

11:40|    Panel 1: “What” are the next generation technologies that will make broadband connectivity possible in the high North?

12:00|    Panel 2: “How” do telecoms companies make investment decisions about building in the Arctic?

12:20|    Panel 3 “Why” does connectivity matter to Arctic communities’ resilience?

Moderator: Tina Pidgeon, Wilson Center Global Fellow for the Polar Initiative, Principal, Tina Pidgeon Strategies
Tina Pidgeon brings to the discussion first-hand experience in Arctic policy development and broadband infrastructure deployment.  Tina served as a member of the United States Delegation to the Arctic Counsel’s Task Force on Improved Connectivity in the Arctic and its predecessor Task Force on Telecommunications Infrastructure in the Arctic, and she is a dedicated advocate for the importance of blending technological innovation, anchor tenant economics, and enabling public policies to deliver broadband throughout the Arctic.  As the former SVP and General Counsel to GCI, Alaska’s leading broadband provider, Tina spearheaded the company’s Arctic policy engagement.  Tina is a graduate of the University of Virginia School of Law and the University of Notre Dame, and her efforts, experience, and leadership have been recognized by many industry and professional organizations.

Curtis Shaw, President,  Northwestel
Curtis Shaw is the President of Northwestel, a telecommunications carrier serving the Canadian arctic. In his current position, Curtis is responsible for business strategy and day-to-day operations of Northwestel including marketing, engineering, customer service, and network operations with a team of 550 employees located across Canada’s north.
Curtis holds Bachelor of Commerce and Master of Science degrees from the University of Saskatchewan.  Curtis joined the Arctic Economic Council in 2018 as a legacy member for Canada, and sits on the AEC’s Connectivity Working Group.

Tim Stelzig, Federal Regulatory Attorney, GCI
Tim Stelzig works on Arctic policy and other federal regulatory matters for GCI Communication Corp., the largest provider of Arctic telecommunications in the United States.  Before joining GCI in 2015, Mr. Stelzig was a manager in the Wireline Competition Bureau of the Federal Communications Commission (FCC).  He also previously worked as an associate at Arnold & Porter, a large law firm in Washington, D.C.  Mr. Stelzig received his law degree from the University of Pennsylvania Law School, and also has a master’s degree in Philosophy from the University of Illinois at Chicago, and an undergraduate degree from the University of West Virginia.  He lives in Kensington, MD.

Laura Way,  Manager, Strategic Policy at Canadian Northern Economic Development Agency
Dr. Laura Way served as Canada’s Head of Delegation on the Arctic Council’s Taskforce on Improved Connectivity in the Arctic and continues to work with the Arctic Council’s US Connectivity coordinator.  Dr. Way is the Manager of Strategic Policy for the Canadian Northern Economic Development Agency, the regional development agency for Canada’s territories.  Dr. Way holds graduate degrees from the University of Alberta and University of Northern British Columbia, where her academic work focused on northern and Indigenous economic development.

Pam Lloyd, Vice President of Government Healthcare and Education, GCI
Dr. Pam Lloyd is passionate about closing the digital divide for underserved rural communities. As the business-unit leader for GCI Government, Healthcare, and Education, she collaborates with leaders throughout Arctic Alaska to prioritize success strategies for closing the gap as it relates to access to healthcare and education through connectivity. Pam understands the pain points that communities in the Arctic face and the challenges with delivering high-speed broadband in remote and rugged terrain.
Pam contributes time to organizations advocating for equity and is a widely respected strategist and visionary. She was recently honored with the ISTE Making IT Happen Award and the EdTech Digest Leadership award.
Prior to joining GCI, Pam worked with the Anchorage School District (ASD) for 15 years. As ASD’s leader in K-12 Instructional Technology, Pam led her team to provide technology support, resources, and opportunities for teachers and students in 103 schools. In her tenure as an administrator with ASD, Pam created and led the Technology Teacher Leader (TTL) program. She also spent time in the classroom as an elementary teacher and as a middle school technology coordinator, where she gained a hands-on understanding of the technology needs of students and educators.
Prior to education, Pam spent a significant amount of time in the private sector, including the following industries: Construction, Oil & Gas, Native Corporation, Health Insurance, with a background in IT and Government Affairs.

Maija Katak Lukin, Superintendent at the National Park Service’s Western Arctic National Parklands
Maija Katak Lukin, Inupiaq, was born in Kotzebue and raised on the shores of Cape Krusenstern National Monument at Sisualik. She is the granddaughter of the late Doc and Katak Harris of Sisualik and Floyd and M. Hazel Johnson of Chickaloon, AK and the daughter of Willie and Jennie Johnson of Siualik and Chickaloon.
She is the former Regional Communications Manager for NANA Regional Corporation, and Tribal Environmental Manager for Maniilaq Association, representing 12 tribes in northwest Alaska.  She is also the former Mayor of the City of Kotzebue.
Currently, Lukin is the superintendent at the National Park Service’s Western Arctic National Parklands.  The parks include over 9.2 million acres of federal public land in three parks in Northwest Alaska:  Cape Krusenstern National Monument, Kobuk Valley National Park and Noatak National Preserve.  Lukin is responsible for protecting and preserving the natural and cultural resources within the parks, as well as community relationship building, subsistence management and preparing for changes in the arctic climate.
Katak and her husband have four children, one granddaughter, two dogs a variety of chickens, and live in Kotzebue, Ak.  She still visits Sisualik as often as possible to visit her grandparents resting places, and recharge her mind and soul at home.

Mikhail Pogodaev, Deputy Minister for Development of the Arctic and the Peoples of the North of the Republic of Sakha (Yakutia)
Mikhail Pogodaev was born in June, 7th, 1978 in Topolinoe, Sakha Republic (Yakutia) Russia. In 2001 he graduated from Saint-Petersburg State University of Economics and Finance with the Master Degree in Economics. In 2007 he defended his PhD dissertation at the Saint-Petersburg State University of Economics and Finance in Economics on the theme “Development Strategy for Social Infrastructure in the High North of the Russian Federation”. In 2005-2014 Mikhail Pogodaev was serving as Senior Advisor for Economic and International Relations at the Permanent Representation of Sakha Republic (Yakutia) in Saint-Petersburg. From 2015 until 2019 he was working as Executive Director of the Northern Forum – international organization for governors of northern regions. In March 2019 he was appointed as the Vice-minister for Arctic Development and Indigenous Peoples Affairs in the Government of Sakha Republic.
Since 2009 Mikhail Pogodaev had a public duties as the Chair of the World Reindeer Herders Association, which unites 24 indigenous reindeer herding peoples across the circumpolar north. Mikhail Pogodaev also worked as the research fellow in the Institute for Humanities and Indigenous Peoples of the North at the Siberian Branch of the Russian Academy of Sciences. His research interests are international scientific cooperation in the Arctic on indigenous issues, traditional livelihoods and indigenous economy, resilience in indigenous Arctic communities, reindeer husbandry etc. Mikhail Pogodaev was the President of the University of the Arctic Institute for Circumpolar Reindeer Husbandry (UArctic EALAT Institute). He also a professor at the Department of Arctic Law and International Research School at the North-Eastern Federal University (NEFU) in Yakutsk.

Nick Hansen, Athlete and Inspirational Speaker “The Eskimo Ninja”
Alaska Born and Raised Nick Hanson is more commonly known as “The Eskimo Ninja”. Growing up in Rural Alaska and suffering through a rough home life, Nick never thought competing on a national TV show was an option [let alone becoming a pro athlete]. That is Until an 8th grader showed him a YouTube video of American Ninja Warrior. Needless to say, it changed his life.
Now Nick uses his platform on social media and beyond to motivate and inspire, hopefully driving the next generation to lead positive, healthy lifestyles.

Oleg Solyakov, Russian Ministry for the Development of the Russian Far East and Arctic, Russian Federation Head of Delegation to the SDWG