The December 2nd session will focus on the topic of Financing Resilience. What are the financing needs of Arctic communities? What are some of the innovative partnerships that demonstrate the potential of investing in Arctic resilience? What more can we do to create an enabling environment for financing Arctic resilience?

Using a traditional lavvu discussion format, experts will consider these questions and challenge us to think differently about what it means to invest in the Arctic. 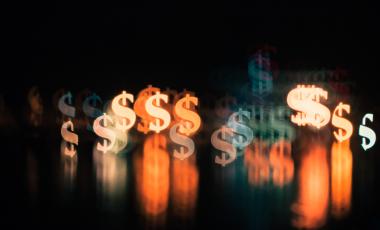 Whether it be about economy, health, culture, or the environment, a critical factor for advancing Arctic resilience is funding.  Often seen as a region of untapped potential, there is no Arctic monetary fund or established investment agenda. Arctic communities often have innovative ideas and ambitious plans, but there are few, if any, mechanisms to connect them to investment partners.

What are the financing needs of Arctic communities? What are some of the innovative partnerships that demonstrate the potential of investing in Arctic resilience? What more can we do to create an enabling environment for financing Arctic resilience?

Using a traditional lavvu discussion format, experts will consider these questions and challenge us to think differently about what it means to invest in the Arctic.

Professor Husebekk is a physician by training (MD, specialist in immunology and transfusion medicine), and has a leave of absence from her position as professor in immunology at the Faculty of Health Sciences while serving as Rector. She served as vice president of the International Society for Transfusion Medicine from 2008 to 2012. Having served as a member of the board of the Division for Society and Health at the Research Council of Norway from 2012 to 2015, professor Husebekk was appointed member of the board of the Research Council’s Division for Science 2015-2018. She is board member in UArctic from 2018. She is head of the board in Centre of Arctic and the Ocean.

In January 2014, professor Husebekk was appointed by Norway’s Prime Minister Erna Solberg as the Norwegian member of a Norwegian-Swedish-Finnish group of experts tasked with identifying potential areas of business development in the Scandinavian Arctic. The group’s report - Growth from the North - was presented at the Arctic Frontiers Conference in Tromsø in January 2015. Professor Husebekk discuss Arctic questions internationally and is  interested in climate and environment, health and geopolitics.

Annukka Valkeapää, Nordic Environment Finance Corporation
Annukka Valkeapää works as a consultant for NEFCO - Nordic Environment Finance Corporation. She is inspired by ambitious solutions on environmental challenges. She is specialized in ecosystems and land use; especially forests, agriculture and conservation and motivated to leverage capacity to solve the urgent environmental challenges.

She is a Doctor of Social Sciences and her academic background is in statistics, forest sciences and social psychology.

Joel Clement, Arctic Initiative Senior Fellow, Harvard Kennedy School's Belfer Center for Science and International Affairs
Joel Clement has a background in climate and energy issues, resilience and climate change adaptation, landscape-scale conservation and management, and Arctic social-ecological systems. Prior to joining the Kennedy School, Mr. Clement served as an executive for seven years at the U.S. Department of the Interior. In September 2017, he was awarded The Joe A. Callaway Award for Civic Courage and resigned from public service in October of that year. Since then he has received multiple awards for ethics, courage, and his dedication to the role of science in public policy. He has been featured and interviewed on CNN, MSNBC, PBS, ABC, NBC, CBS, and Democracy Now and has been published by the Washington Post, Denver Post, the Guardian, and NBCThink.

Before serving in the federal Government, Mr. Clement was the Conservation Science Program Officer for a private foundation where he focused on climate-change adaptation strategies, landscape-scale conservation, and improving geospatial data-sharing capacity. In addition to his role at the Harvard Kennedy School, he is an Associate with the Stockholm Environment Institute and a Senior Fellow with the Union of Concerned Scientists, where he works to expose political interference in science and promote public understanding of the importance of independent science in policymaking.

Julia holds a degree in psychology and economics and is a professor and lecturer at the Moscow State Institute of International Relations. Until 2016, she worked in the Ministry of Transport and as a diplomat at the Russian Permanent Mission in Belgium

Madeleine Redfern, President at Nuvujaq
Madeleine Redfern, LLB, was born in Iqaluit, Nunavut. Madeleine has 30 years of experience working in business and governance, on issues related to economic development, housing, education, employment and training, justice, community services, early childhood development, and health care.  She is a graduate of the Akitsiraq law school with a law degree from the University of Victoria.  After graduating, she worked at the Supreme Court of Canada for Madam Justice Charron.  Madeleine is a member of the National Indigenous Economic Development Consortium, Arctic360, Trudeau Foundation, President of the Ajungi Group, Nuvjuaq, Northern Robotics and COO of the CanArctic Inuit Networks.

Madeleine’s expertise is grounded in partnership-building and developing local capacity towards fulfilling the goal of self-government and good governance.  She has a record of working with industry, governments, aboriginal organizations and communities, helping to assess and identify strategies and approaches for better outcomes.

Mikhail Pogodaev, Deputy Minister for Development of the Arctic and the Peoples of the North of the Republic of Sakha (Yakutia)
Mikhail Pogodaev was born in June, 7th, 1978 in Topolinoe, Sakha Republic (Yakutia) Russia. In 2001 he graduated from Saint-Petersburg State University of Economics and Finance with the Master Degree in Economics. In 2007 he defended his PhD dissertation at the Saint-Petersburg State University of Economics and Finance in Economics on the theme “Development Strategy for Social Infrastructure in the High North of the Russian Federation".

In 2005-2014 Mikhail Pogodaev was serving as Senior Advisor for Economic and International Relations at the Permanent Representation of Sakha Republic (Yakutia) in Saint-Petersburg. From 2015 until 2019 he was working as Executive Director of the Northern Forum – international organization for governors of northern regions. In March 2019 he was appointed as the Vice-minister for Arctic Development and Indigenous Peoples Affairs in the Government of Sakha Republic.