A seminar with Peter Harling, Project Director for Iraq, Lebanon and Syria and Senior Middle East and North Africa Adviser at the International Crisis Group. 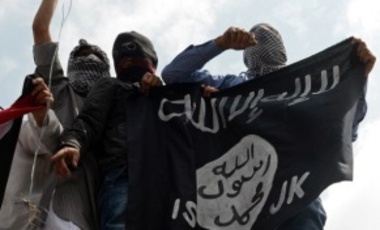 Getty Images
Demonstrators hold up the flag of the Islamic State (IS).

A seminar with Peter Harling, Project Director for Iraq, Lebanon and Syria and Senior Middle East and North Africa Adviser at the International Crisis Group, about the rise and threat of the Islamic State.

Please note: this event will be held in BELL HALL (5th Floor, Belfer Building, HKS). A continental breakfast will be provided.

Emerging in an increasingly chaotic Middle East, the Islamic State (IS) is profiting from the region’s growing sectarianism, political vacuum and the ambivalence of the West. The jihadist movement also known as ISIL or ISIS now controls much of northeast Syria and northwest Iraq. In a region beset with so much confusion, it appears uniquely determined and self-assured. It is poised to grow as it benefits from the course of action taken by a variety players who exploit its presence to further justify policies that led to its rise. Despite its name, the Islamic State is in no sense a new state, since it rejects the concept of borders and largely does without institutions. Yet IS tells us much about the Middle East, and especially about its genuine states, as well as about western foreign policy.

Peter Harling has been based in the Middle East for over 15 years, in Iraq (1998-2004), Lebanon (2005-2006 and since early 2014), Syria (2006-2013) and Egypt (part-time between 2011 and 2013). As a special adviser to the International Crisis Group, he also traveled extensively to other parts of the region. His areas of expertise include Syrian foreign and domestic policy, Iraqi social movements, the Lebanese political scene, and the regional dynamics of the Middle East.