"Assessing the Policies of Oil Rich States of the Gulf toward Development: Growth vs. Merit" with Abbas Al-Mejren

A seminar with Kuwait University Professor of Economics and Kuwait Foundation Visiting Scholar at the Middle East Initiative, Abbas Al-Mejren.

*Lunch will be provided. 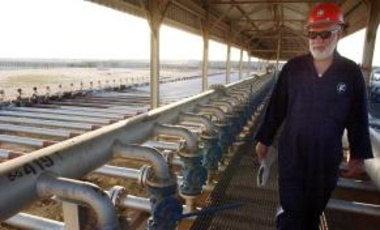 A seminar with Kuwait University Professor of Economics and Kuwait Foundation Visiting Scholar at the Middle East Initiative, Abbas Al-Mejren.

The success of the development policies of a country is usually assessed by governments, institutions or scholars using diverse but standard world-widely accepted indicators and criteria. However, the flow of rentier income in oil rich countries has both positive and negative impacts. The adverse effect of such inflow has been well documented in literature under the term of Dutch disease, on one hand, and the oil curse or the paradox of plenty, on the other hand. The Dutch disease refers to the damaging consequences of the sharp appreciation in domestic currency due to a sudden inflow of external revenues. Appreciation of national currency in oil-rich countries tends to make all non-oil activities less competitive on world markets, thus leaving the oil industry to dominate the economy. Oil curse implies that petroleum rich countries have stagnant growth or even economic contraction, less democracy, and more frequent unrest than countries without oil. Because of such undesirable effects, the standard measures for assessing the success of policies in these countries fall short of their objective. A cluster of unconventional substitutes shall be presented by the speaker.

Dr. Abbas Al-Mejren is the Kuwait Foundation Visiting Scholar at the Middle East Initiative for fall 2014. He is a professor of economics at the College of Business Administration at Kuwait University. He received his Ph.D. in economics from the University of Exeter, and has a Master of Economics from the University of Oregon. His previous positions at Kuwait University include Head of the Department of Economics and Director of the College's Business Training Programs.

Dr. Al-Mejren is an expert consultant to the Ministry of Planning, Ministry of Commerce and Industry and Kuwait Industrial Bank. He has been an advisor to the Minister of Finance and is a current advisor to the Minister of Commerce and Industry. At the present, he is also an academic advisor for the Kuwait Program at the London School of Economics, and Director of Energy and Environment Studies at the Center for Excellence at Kuwait University’s College of Business Administration. He has participated in many local, regional and global conferences, workshops, and training activities, and contributes regularly to local and Arab media. Dr. Al-Mejren’s research interests include fiscal and monetary policy, strategic planning, and industrial, education and energy economics.

No RSVP required. Open to the public. Pending agreement of the presenter(s), the event will be recorded and posted to the MEI Multimedia page, 1-2 weeks after the event.