Belfer Policy Chats (BPC)  is an event series that features our fellows to chat about issues at the forefront of global policy. The aim is to provide a forum to engage on an informal level on policy topics at the Center around topics such as climate, national security, science and technology, cyber security, innovation, and competitiveness. Harvard Kennedy School's Black Student Union is co-sponsoring this event and Morgan Brewton-Johnson, MPP1 / MBA candidate, BSU President will open the seminar. Join us for this virtual discussion.

Registration is required. Please click here to register for this event.

While this virtual event is on the record, the event organizers prohibit any attendees, including journalists, from audio/visual recording or distributing parts or all of the event program without prior written authorization. 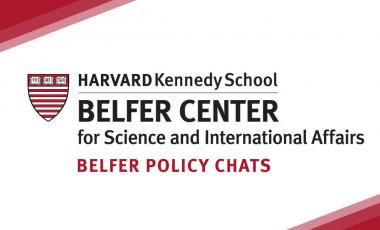 Belfer Policy Chats Logo
About the event
About the speakers

In honor of Black History Month, Reverend Frank Chikane, (HKS MPA-MC ’95) Emeritus Pastor of the Apostolic Faith Mission of South Africa and apartheid activist, Dr. Suraj Yengde, Senior Fellow at the Shorenstein Center and Dalit rights activist, will discuss transnational movements for racial justice and the international implications of the Black Lives Matters protests in a conversation moderated by Augusta Dell’Omo, Ernest May Fellow in History & Policy at the Belfer Center’s International Security Program. Given the interrelation between South Africa’s apartheid struggle and India’s liberation movement of the last century, how has activism crossed national borders and how has solidarity shaped foreign policy outcomes? What lessons can we learn from the past to apply to our current global reckoning around race?

Reverend Frank Chickane is an Emeritus Pastor of the Apostolic Faith Mission of South Africa (AFM) – a 112 years old classical Pentecostal Church which started from South Africa and has a presence in more than 35 countries found in the six continents of the world. He served as the International President of the Church (AFM International) for twenty-three (23) years. Rev. Chikane is an inspirational leader, manager, teacher, motivator, mentor, enabler, facilitator, counsellor and community builder with vast experience as a pastor, in politics and public speaking, problem analysis and resolution, research, strategic planning and business development, conflict resolution and management, peace-making, human behavior and group dynamics, and in human and leadership development.

Rev. Chikane also served as a member of the Independent Electoral Commission which managed the first South African democratic elections in 1994; as a Special Advisor to and Director General for Deputy President, Thabo Mbeki, of the Republic of South Africa; and as Deputy Secretary of Cabinet during the Presidency of Nelson Mandela. As Director General and Secretary of the Cabinet during the Presidency of Kgalema Motlanthe, he managed the transition from President Motlanthe to that of President Jacob Zuma. He also served as the Deputy President of the Soweto Civic Association (SCA); the Deputy President of the United Democratic Front (UDF); and a member of the National Executive Committee (NEC) of the African National Congress (ANC); and a member of the Councils of the University of the North (now Limpopo) and the University of the Witwatersrand.

He holds an MPA from Harvard Kennedy School and honorary degrees from the Groningen University, Oberlin College, and Nelson Mandela University and has published three Books - No Life of My Own (1986/2013); Eight Days in September: The Removal of Thabo Mbeki (2012); and The Things that Could Not Be Said (2013).

Dr. Suraj Yengde is one of India’s leading scholars and public intellectuals. He is the author of the bestseller Caste Matters and co-editor of award winning anthology The Radical in Ambedkar. Caste Matters was recently featured in the prestigious "Best Nonfiction Books of the Decade" list by The Hindu.

Suraj is currently a Senior Fellow at the Harvard Kennedy School. He holds a research associate position with the department of African and African American Studies, a non-resident fellow at the Hutchins Center for African and African American Research, and is part of the founding team of Initiative for Institutional Anti-Racism and Accountability (IARA) at Harvard University. He has studied in four continents (Asia, Africa, Europe, North America), and is India’s first Dalit Ph.D. holder from an African university (University of the Witwatersrand, Johannesburg). He is an International Human Rights attorney by qualification from India and the UK.

Suraj has published in multiple languages in the field of caste, race, ethnicity studies, and inter-regional labor migration in the global south. Currently, he is involved in developing a critical theory of Dalit and Black Studies. He has been nominated for India's highest literary award "Sahitya Akademi" and is a recipient of the "Dr. Ambedkar Social Justice Award" (Canada, 2019) and the "Rohit Vemula Memorial Scholar Award" (2018).

Suraj was recently featured on the BBC World Service, and WGBH Boston's multi-part series on Caste in America sponsored by the Pulitzer Center. Suraj inaugurated a popular column called 'Dalitality' at the Indian Express and is currently the only column in print media to have Dalit centric opinions. Suraj's cover story for the Caravan magazine explores the important question of 'Race, Caste and what it will take to make Dalit Lives Matter?' It is the first extensive treatment of the Dalit-Black question.

Suraj is a transnational Dalit rights activists involved in building solidarities between Dalit, Black, Roma, Indigenous, Buraku and Refugee people’s in the Fourth World project of marginalized peoples. His recent work with the philosopher Cornel West has received global attention and calls for unity between African Americans and Dalits.

Augusta Dell'Omo is a Ph.D. candidate in history at the University of Texas at Austin. She specializes in U.S. foreign policy and race in international relations from the late Cold War to the present. Augusta's dissertation, "Saving Apartheid: Trans-Atlantic Whiteness in the U.S.-South African Relationship, 1980–1994" analyzes the construction of a transnational network of white supremacist political, religious, and terroristic organizations seeking to stabilize white rule in South Africa while working against Congressional and Presidential sanctions policies from 1980–1994.  Focusing on political extremism, religion, African politics, and public history, Augusta is a graduate fellow at the Clements Center for National Security and the Centre for the Analysis of the Radical Right (CARR). She is an Ernest May Predoctoral Fellow in History and Policy at the Harvard Kennedy School's Belfer Center for 2020–2021.

Her work has been published in Cold War History and forthcoming in Diplomatic History and is supported by the Social Science Research Council's International Dissertation Research Fellowship, the Society for Historians of American Foreign Relations, and the Clements Center for National Security, among others. Her work has also appeared in the Washington Post and Rant Media.

A public historian, Augusta served as a co-host, content creator, and technical director of 15 Minute History, a history podcast for history buffs, educators, and students with over 100,000 subscribers through the University of Texas at Austin. She is now the Digital Content Director for CARR and producer of the new podcast Right Rising, informing public audiences on the historical and contemporary activities of the far right. She graduated with highest distinction and highest honors from the University of North Carolina at Chapel Hill (B.A. 2016).