"Beyond the Arab Transitions: Drivers of Long Term Change in the Middle East" with Paul Salem

A seminar with Paul Salem, Vice President for Policy and Research at the Middle East Institute in Washington, D.C. 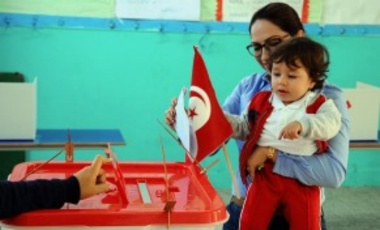 AP Images
A woman casts her vote with her child, during the first round of the Tunisian presidential election, in a polling station at Marsa, outside Tunis.

A seminar with Paul Salem, Vice President for Policy and Research at the Middle East Institute in Washington, D.C.

The Arab world has been going through a period of intense change in the past four years.   This change is part of longer historical processes that started decades ago and will continue into the 21st century.  It is driven by a complex interplay of material, technological, demographic, economic and institutional factors and has already led to attempted transitions to democracy, but many more setbacks and violent conflicts.  What are these drivers of change, and what are the various scenarios for the Middle East in coming decades?  What are the long-term strategies that should be adopted to encourage stability, economic prosperity and inclusive politics?

The following articles have been suggested as reading by the speaker for the talk:

The Middle East in 2015 and Beyond: Trends and Drivers, by Paul Salem, Middle East Institute

Paul Salem is vice president for policy and research at The Middle East Institute. He focuses on issues of political change, democratic transition, and conflict, with a regional emphasis on the countries of the Levant and Egypt. Salem writes regularly in the Arab and Western press and has been published in numerous journals and newspapers. Salem is the author of a number of books and reports on the Middle East, including most recently Broken Orders: The Causes and Consequences of the Arab Uprisings (Beirut: Dar Annahar, in Arabic, 2013) and "Iraq's Tangled Foreign Relations” (Beirut: Carnegie Middle East Center Report, December 2013). Prior to joining MEI, Salem was the founding director of the Carnegie Middle East Center in Beirut, Lebanon between 2006 and 2013.  From 1999 to 2006, he was director of the Fares Foundation and in 1989 founded and directed the Lebanese Center for Policy Studies, Lebanon's leading public policy think tank.