Book Talk: Algeria and the Cold War: International Relations and the Struggle for Autonomy

Book talk with Mohammed Lakhdar Ghettas, author of Algeria and the Cold War: International Relations and the Struggle for Autonomy. Moderated by Arne Westad, S.T. Lee Professor of U.S.-Asia Relations, HKS. Lunch will be served. 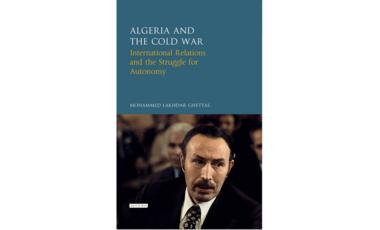 I.B.Tauris
Algeria and the Cold War: International Relations and the Struggle for Autonomy

Throughout the Cold War, Africa was a theatre for superpower rivalry. That the U.S and the Soviet Union used countries in Sub-Saharan Africa to their own advantage is well-known. Sub-Saharan countries also exploited Cold War hostilities in turn. But what role did countries in North Africa play?This book offers an international history of U.S-Algerian relations at the height of the Cold War. The Algerian president, Houari Boumediene, actively adjusted Algeria’s foreign policy to promote the country’s national development, pursuing its own commitment to non-alignment and ‘Third World’ leadership. Algeria’s foreign policy was directly opposed to that of the U.S on major issues such as the Arab-Israeli conflict and Western Sahara conflict and the Algerian government was avowedly socialist. Yet, as this book outlines, Algeria was able to negotiate a position for itself between the U.S and the Soviet bloc, winning support from both and becoming a key actor in international affairs. Based on materials from recently opened archives, this book sheds new light on the importance of Boumediene’s era in Algeria and will be an essential resource for historians and political scientists alike.

Lakhdar Ghettas holds a PhD degree in International History form the London School of Economics and Political Science, LSE, University of London. He holds an MA degree in American History, 2005, from the School of American Studies, University of East Anglia, UK. His MA dissertation: U.S. Options with the Prospect of a Nuclear Iran, won the Board of Examiners’ MA Dissertation Prize in 2005.

Prior to joining Cordoba Foundation he initiated the Maghreb Studies Initiative within the Africa Affairs Programme at the LSE IDEAS Centre for Diplomacy and Strategy (2008-2012), where he published several position papers and articles on the international affairs of North Africa and the Middle East. Besides, he presented papers and gave public talks at international conferences in the U.S. and U.K. such as the 2011 Annual Conference of the Society for the Historians of American Foreign Relations (SHAFR), Alexandra, VA, and the 8th Annual Cold Ward Conference 2010 in Washington DC.

His main research interest and expertise areas include U.S-North African relations and history, democratisation and governance in North Africa, and political Islam. His recent publications include a chapter contribution: “Unrest in Algeria: The Window is Closing Fast”, in African Awakening: The Emerging Revolutions, edited by Firoze Mani and Sokri Ekine, London: Fahamu Books & Pampazuka Press, 2011. His forthcoming book is Algeria and the Cold War: International Relations and the Struggle for Autonomy, (London & NY: I. B. Tauris).