Book Talk: Jihad and Death: The Global Appeal of the Islamic State

A seminar with Dr. Olivier Roy, Joint Chair Robert Schumann Centre for Advanced Studies, Chair in Mediterranean Studies, European University Institute on his most recent book Jihad and Death: The Global Appeal of the Islamic State. 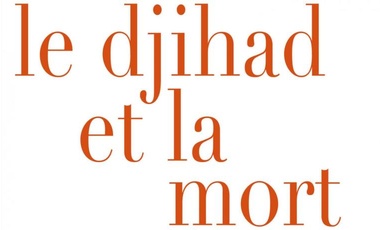 A seminar with Dr. Olivier Roy, Joint Chair Robert Schumann Centre for Advanced Studies, Chair in Mediterranean Studies, European University Institute on his most recent book Jihad and Death: The Global Appeal of the Islamic State.

"How has ISIS been able to muster support far beyond its initial constituency in the Arab world and attract tens of thousands of foreign volunteers, including converts to Islam, and seemingly countless supporters online? In this compelling intervention into the debate about ISIS’ origins and future prospects, the renowned French sociologist, Olivier Roy, argues that while terrorism and jihadism are familiar phenomena, the deliberate pursuit of death has produced a new kind of radical violence. In other words, we’re facing not a radicalization of Islam, but the Islamization of radicalism.

Jihad and Death is a concise dissection of the highly sophisticated narrative mobilised by ISIS: the myth of the Caliphate recast into a modern story of heroism and nihilism. According to Roy, this very contemporary aesthetic of violence is less rooted in the history of Islamic thought than it is entrenched in a youth culture that has turned global and violent." --Hurst Publishers

‘For three decades, Oliver Roy has pioneered innovative and insightful research on religion and politics in Islam and beyond. Equipped with analytical depth, historical sensitivity and a comparative lens, this book brings the analysis of jihad and death in the current radicalism to a new level. This is a must read for anyone who wants to understand the Islamization of radicalism.’

Asef Bayat, Catherine and Bruce Bastian Professor of Global and Transnational Studies and Professor of Sociology at the University of Illinois, Urbana-Champaign

‘Olivier Roy is widely respected for his decades-long research into radical Islam. More interested in actual processes than in opportunistic concepts, he describes in Jihad and Death how the self-proclaimed Islamic State plays more on its enemies’ fears than on its own strength. A very welcome and eye-opening intervention.’

Jean-Pierre Filiu, Professor at the Paris School of International Affairs (PSIA) and author of From Deep State to Islamic State

Full information, including how to purchase, at the Hurst Publishers website.

Watch a short video introduction of the book from Dr. Roy.

Olivier Roy (1949)  is currently joint-chair at the RSCAS and SPS department of the EUI. Previously he has been senior researcher at the French CNRS and Professor at the EHESS (Paris). He headed the OSCE’s Mission for Tajikistan (1993-94) and was a Consultant for the UN Office of the Coordinator for Afghanistan (1988). He has been heading the ERC funded project "ReligioWest" since 2011. His field works include Political Islam, Middle East, Islam in the West and comparative religions.

Prof. Roy received an “Agrégation de Philosophie”  (1972) and a Ph.D. in Political Sciences. In 2008-2009 he has been a visiting Professor at The University of California at Berkeley.

He is the author, among other books, of “Globalized Islam” (Columbia University Press), 2004,  and "Holy Ignorance” (Oxford UP), 2010. His last book is "En Quête de l'Orient perdu" (Seuil 2014). He is presently working on “Islamic norms in the public sphere”, conversions and apostasy and comparative religions.