Can an Alternative Solution be Found?

A conversation with Leila Farsakh, Associate Professor of Political Science, UMASS Boston, regarding alternative solutions to the Israeli-Palestinian conflict. 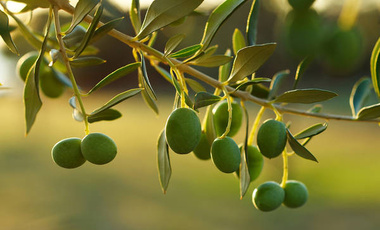 This talk is part of the HKS Conversation Series: Will the Israeli-Palestinian Conflict Be Resolved?, a multi-part series hosted by Middle East Initiative fellow Diana Buttu, former legal advisor to the Palestinian negotiating team and former advisor to Palestinian President Mahmoud Abbas.

In this final session, participants will discuss some of the alternative models that have been raised including the one-state solution, the binational state, the parallel state and the “no state” solution.

RSVP is required. RSVP to middle_east_initiative@hks.harvard.edu

More on the speaker: Leila Farsakh has worked with a number of international organizations, including the Organization for Economic Cooperation and Development (OECD) in Paris (1993-1996) and the Palestine Economic Policy Research Institute in Ramallah (1998-1999). Between 2003 and 2004, she completed a post-doctoral research fellowship at the Center for Middle Eastern Studies at Harvard University.

Associate Professor Farsakh has published on questions related to Palestinian labor flows, the Oslo Process, international migration and regional integration in a wide range of journals, including the Middle East Journal, the European Journal of Development Research, Journal of Palestine Studies and Le Monde Diplomatique. Her book, Palestinian Labor Migration to Israel: Labour, Land and Occupation, was published by Routledge Press in fall 2005. Her latest publications include editing Commemorating the Naksa, Evoking the Nakba, for the Electronic Journal of Middle Eastern Studies.

In 2001 she won the Peace and Justice Award from the Cambridge Peace Commission (Cambridge, MA).