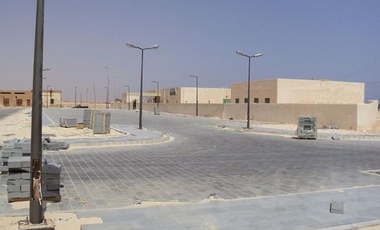 Today's event with Hedi Larbi, Director, Middle East and North Africa Region, World Bank has been cancelled due to travel delays. We apologize for any inconvenience this may have cause.

Hedi Larbi is the Director of the Middle East and North Africa Region at the World Bank. From 1993 until 2007, he held the following positions at the World Bank: Infrastructure Economist, Lead Sector Specialist, and Sector Manager of Transport and Urban unit in MNA. In December 2007, Mr. Larbi was appointed Country Director covering Lebanon, Jordan, Syria, Iraq and Iran. Throughout his career in the Bank he combined operational and strategic advice and leadership to countries (development strategies, operational investment programs, development and implementation of investment projects in various sectors) and to Bank senior management (country partnership and business development strategies in many Africa and MNA countries, and to staff (led and managed large sector and country teams to deliver Bank country programs). Mr. Larbi’s assignments within the Bank focused on two regions (Africa, Middle East and North Africa), and provided extensive technical and strategic cross support to other regions including Latin America and the Caribbean (LAC) and Europe and Central Asia (ECA). Prior to the World Bank, Mr. Larbi worked in private consulting firms in France and in Tunisia where he founded his own consulting firm in the 1980s.