A conversation with Moncef Cheikh-Rouhou, Leading member of the Tunisian Progressive Democratic Party and a member of the constituent assembly. 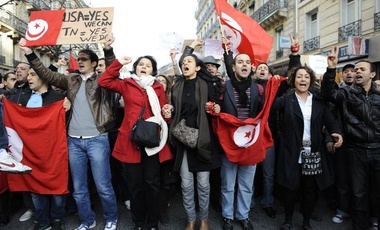 Moncef Cheikh-Rouhou is a member of the Tunisian constituent assembly, representing Tunis. He is from the Progressive Democratic Party (PDP), the most important opposition party. Cheikh-Rouhou is also one of Tunisia's most prominent economists. He holds an MBA and PhD from UC Berkeley and is Professor of International Finance at HEC in Paris. Although he is a member of the opposition, the Nahdha minister of regional development has sought his guidance on economic policy. Before teaching and politics, Cheikh-Rouhou managed a Tunisian-Saudi investment bank and chaired the first merchant bank in the Maghreb. Cheikh-Rouhou is the son of Habib Cheikh-Rouhou, who, in the 1950s, was a prominent anti-French activist. Habib later founded Assabeh, an opposition newspaper under Bourguiba. Moncef inherited the paper and ran it until the government shut it down in 2000, forcing Moncef into exile in Paris. Cheikh-Rouhou returned after the revolution to join PDP.