Over the course of four sessions, a study group led by Harvard Advanced Leadership Initiative Fellow Elayne Whyte, Ambassador of Costa Rica to the United Nations (2014-2020) and Vice Minister of Foreign Affairs (2000-2002), will examine one of the most compelling challenges of diplomacy in the XXI century: how to negotiate effective and innovative agreements addressing the global problems facing humanity today that are of transnational nature and affect humanity as a whole, both current and future generations.

The readings and discussions of this study group will seek to identify the theoretical, ethical and political underpinnings of the concept “negotiating for humanity.” It will also review experiences of negotiating around global challenges that go beyond competing national interests, transcend boundaries, affect current and future generations alike and pertain to global commons. Furthermore, these challenges constitute problems that cannot be addressed by governments alone or by one single state or institution.

Whilst the practice of diplomatic negotiations was established to secure the interests of the nation-state, the interconnected and interdependent society of the XXI century demands policy responses that transcend the interests and capabilities of individual or groups of states to protect the global commons, generate global public goods and address humanity’s challenges.

Contemporary negotiations need to address global health, inequality, and the protection of our global natural commons (oceans, ozone layer, the planet’s biodiversity, among others) for current and future generations. There are also pressing demands to tackle the existential threats that climate change or weapons of mass destruction pose to human civilization. Increased cooperation is also required to face global health risks, ocean pollution, human rights challenges posed by emerging technologies or other problems of systemic nature, such as the shortcomings of the multilateral system

Reflecting this paradigm shift in 2015 the United Nations agreed upon an “agenda for people, planet and prosperity”: the Agenda for Sustainable Development. In 2021, the Secretary General presented a new deal to deliver global public goods and address humanity’s major risks, as part of the proposals to advance a common global agenda for the future. This represents a new comprehensive, systemic approach to the international agenda, in the context of the deep systemic impact brought about by the COVID-19 pandemic and the invasion of Ukraine.

Being able to identify approaches that can be used in negotiations for humanity, the study group seeks to contribute to emerging issues of global debate, such as human migration, inequality, ocean pollution, outer space navigation and cleanup of orbit debris, the human rights protection challenges stemming from emerging technologies or the creation of an effective regime to deal with pandemics. 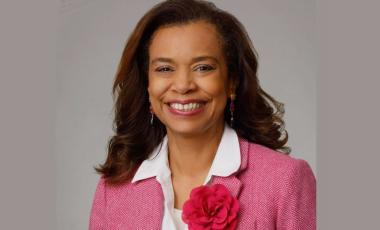 Session one will review the literature of global public goods and will identify the main analytical elements of the concept negotiating for humanity: is it to generate global public goods? Is it to end poverty, protect the global commons, to counter existential risks? Who represents the interests of humanity in the context of competing national interests and state sovereignty? How are asymmetric power relations and the aspiration of justice and fairness reflected in the negotiations? What format should negotiations follow? Do global and national governance gaps hinder the provision of global public goods? Lessons learned from the experience of negotiating the Agenda for Sustainable Development (SDGs), adopted in 2015, will be reviewed.

What lessons can be drawn from the Kyoto and the Paris Agreements on climate change, negotiated in different historic moments (1997 and 2015)? While the Paris negotiations were successful in generating a global agreement, the lead-up to Paris was a learning process of previous shortcomings. This session will review the lessons learned from the negotiation approaches and the instruments agreed upon, as well as the voices questioning the pace, the real impact and the format of the negotiation system.

This session will analyze lessons drawn from the negotiations of treaties that built the nuclear order since 1945, including the most recent Treaty on the Prohibition of Nuclear Weapons of 2017. In 2022, the nuclear risk is higher than at any other moment after the height of the Cold War; nuclear threats of unprecedented nature erode the nuclear taboo and pose outstanding challenges to diplomatic negotiations that seek to address the danger of the existence and potential use of nuclear weapons. Likewise, the policy debate confronts the orthodox construction of state security by introducing the humanitarian impact of nuclear weapons.

With a guest speaker (TBD), the last session will explore how lessons learned from previous experiences can inform current global debates that might lead to future processes of negotiation for humanity, some of which have already been identified in the United Nations Secretary General’s Our Common Agenda presented in 2021.  Adding up to ongoing discussions of unresolved problems of environmental, socio economic and political nature, e.g., extreme poverty, inequality, gender, race and ethnic gaps, among others, emerging topics include the fields of digital divide, emerging technologies and human rights (such as the right of privacy, the human rights implications of neuro-technologies, algorithms, AI and weapons systems, the digital divide), migration, pandemics, outer space, ocean contamination, the institutional and political challenges of global governance, among others.

Elayne Whyte is the former Vice Minister of Foreign Affairs of Costa Rica and Former Ambassador to the United Nations and is a current Advanced Leadership Fellow at Harvard University. She brings deep international negotiation and policy creation experience. As Costa Rica’s ambassador and permanent representative to the United Nations in Geneva, she chaired the diplomatic conference that negotiated the U.N. treaty on nuclear weapons prohibition and partnered with the World Health Organization on an international cooperation framework to address the more than two million cases of snake bite poisoning per year, a neglected tropical public health issue. Earlier Elayne was the first and youngest woman, and the first person of African descent, to serve as Costa Rica’s vice minister of foreign affairs, and was the executive director of the Mesoamerica Integration & Development Project, which coordinates and delivers social and economic development projects across the Central American region.