Challenging The State? Lebanon's Civil Society and the Parliamentary Elections of 2018 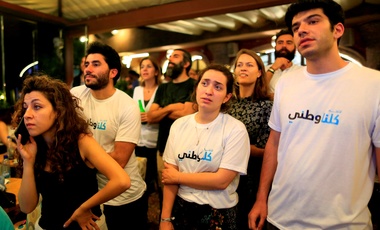 AP Photo/Hassan Ammar
In this Sunday, May 6, 2018 photo, supporters and volunteers of the coalition Kulna Watani or (We are all Patriots) gather at a Beirut shisha cafe as they watch television ahead of an expected announcement of elections results in Beirut, Lebanon.

For months before Lebanon's recent Parliamentary Elections in May 2018, many of the country's growing civil society groups geared up to challenge the state of affairs and present an alternative to recurrent political deadlocks. Many grassroots movements and social activists remain determined to challenge the status quo by engaging endogenously in the sectarian-based political process rather than exogenously. Looking back on these elections, and considering the continued stalemate in Lebanese politics, what went wrong in the recent parliamentary elections? And why were different non-elitist political movements limited in effectively challenging the status-quo? Drawing on published work and research in progress, Dr. Karam analyzes some of the most important lessons from the recent parliamentary elections in Lebanon to explain the limits of political participation and change for actors outside elitist circles.

Dr. Karam is currently finishing his first book on the nexus between American intelligence and foreign policy in the Middle East. He is the author of several articles, book chapters, and policy briefs on U.S. intelligence and foreign policy in the Middle East and the politics of Lebanon and the Middle East. His research has appeared in Intelligence and National Security, the Arab Studies Journal, the Washington Post, and other venues. He has conducted extensive archival research in the United States and the United Kingdom and fieldwork in Lebanon and Jordan, and his research has been supported by many organizations including the Andrew W. Mellon Foundation, the Crown Center for Middle East Studies, the Elliott School of International Affairs at George Washington University, and the Issam Fares Institute for Public Policy and International Affairs at the American University of Beirut.

Dr. Karam is also the recipient of several awards, including the Christopher Andrew–Michael Handel Prize for the best article published in the peer-reviewed journal Intelligence and National Security during 2017, and the Hussein Oueini Memorial Award at the American University of Beirut. He holds a Ph.D. in Politics from Brandeis University, an M.A. in Politics from the American University of Beirut, and a dual B.A. in International Affairs and Diplomacy from Notre Dame University, Louaize. 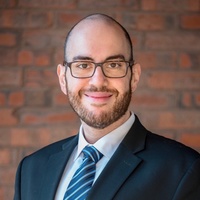