As part of the "Perspectives of Public Purpose Week", this panel will focus on how the U.S. federal government should tackle key technology problems through significant growth of the technical government workforce. We will hear from current and former government leaders in Technology and Human Capital, and discuss the challenges and opportunities the new administration has in hiring, retaining, and leveraging technologists in government agencies. We will explore why agency leadership should prioritize in-house tech human capital, unpack the resources they have available to do so, and re-imagine the outcomes of Government IT should they be able to accomplish this. 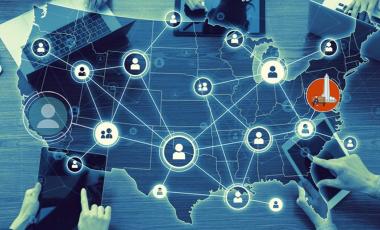 If there is one thing Federal CIOs and CTOs can do to tackle most public sector’s technology issues, it should be strengthening the pipeline and hiring more in-house tech talent. Technology failures continue to plague the public sector along with cybersecurity breaches, ballooning IT costs, and aging tech infrastructure.

This panel will focus on how the U.S. federal government could tackle some of these key technology problems through the strengthening of in-house tech talent pipelines. We will hear from current and former Government leaders in Technology and Human Capital and discuss the challenges and opportunities the new wave of CIOs and CTOs have in hiring, retaining, and leveraging technologists in government agencies. We will explore why agency leadership should prioritize in-house tech human capital, unpack the resources they have available to do so, and re-imagine the outcomes of Government IT should they be able to accomplish this.

Mark Lerner, Fellow, Technology and Public Purpose Project
Mark Lerner is an engineer, strategist, and design advocate with expertise in digital transformation. He focuses on empowering teams and improving critical services through technology and design. He most recently served as the Deputy Executive Director of the U.S. Digital Service team at the Department of Homeland Security, where he led a team of 30 engineers, product managers, and designers to improve critical services serving immigrants, asylum seekers, disaster survivors, and schools nationwide.

Jennifer Anastasoff, Founder and Executive Director, Tech Talent Project
Jennifer was a founding member of U.S. Digital Service at the White House and served as Head of People from 2014 until 2017, increasing the team from three to over 200 and created a diverse, cross-functional pipeline of digital talent from around America into our federal government. She focuses on bringing together talent, innovation, and social change and loves building awesome teams. She served as founding CEO of Fuse Corps and prior to starting Fuse Corps, Jennifer founded a few social enterprises focused on bringing technical and operational skills to the public sector, served as a consultant on the Higher Education Committee of the California State Assembly, and was a proud 6th grade teacher.

Mr. Keith Jones was named Chief Information Officer (CIO) and the Assistant Secretary-level head of the Bureau of Information Resource Management on January 20, 2021. As CIO, he establishes technology strategic direction and provides oversight for $2.4 billion of technology programs across the Department of State. Keith previously spent over 36 years in the federal government, having retired from the Department of Homeland Security, U.S. Citizenship and Immigration Services (USCIS) in October 2018, where he served as acting CIO and Principal Deputy CIO. Jones is a Los Angeles, CA native and resident of Maryland. He holds a master’s degree in Public Administration from the American University in Washington, DC.

Robert Shriver, Associate Director, Employee Services, U.S. Office of Personnel Management
Rob Shriver was recently appointed by the Biden-Harris Administration as Associate Director of Employee Services at OPM. He previously worked at OPM as a political appointee in the Obama-Biden Administration, first as Deputy General Counsel and then as Assistant Director for National Healthcare Operations. He was a key member of the White House team that implemented the ACA. He then ran marketplace operations for the DC Health Benefit Exchange Authority. Rob spent the first 13 years of his career as a lawyer at the National Treasury Employees Union. Rob joins OPM from IdeaCrew, Inc., an IT firm specializing in health benefit exchange technology. Rob is a graduate of Virginia Tech and George Washington University Law School.