A Conversation with Dr. Salam Fayyad and Prof. Rema Hanna 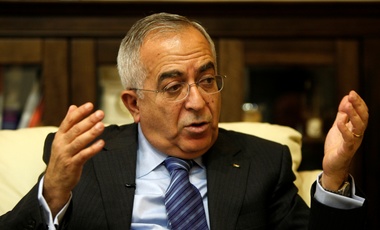 Rema Hanna is the Jeffrey Cheah Professor of South-East Asia Studies at the Harvard Kennedy School and Co-Director of the Evidence for Policy Design (EPoD) research program at Harvard Kennedy School. In addition, Hanna is a Research Associate with the National Bureau of Economic Research (NBER), an affiliate of the Bureau for Research and Economic Analysis of Development (BREAD), and an affiliate at the Abdul Latif Jameel Poverty Action Lab (J-PAL). Additionally, as a faculty member at HKS Rema teaches in the MPA/ID Program.

Her research focuses on two main themes. First, she has concentrated on understanding how to improve the provision of public services in developing countries, particularly for the very poor. Her work in this area has ranged from testing models of corruption and bureaucratic absenteeism in the field to understanding how discrimination affects disadvantaged minority groups. Currently, she has been working on a series of field projects to understand what types of individuals are selected to receive social programs under different forms of targeting mechanisms. Second, Hanna aims to understand the implications of environmental policy on poor households in developing countries. Her recent work includes measuring the effects of improved air quality on labor market behavior, as well as assessing the long-run effects of a smokeless cookstove on health and fuel expenditures.

Prior to joining the Kennedy School, Hanna was an Assistant Professor of Public Policy and Economics at New York University. She holds a Ph.D. in Economics from MIT and a B.S. from Cornell University with Honors and Distinction.

Salam Fayyad is an economist and former prime minister of the Palestinian Authority. With the International Monetary Fund (IMF) from 1987 to 2001, his tenure included serving as IMF resident representative in the West Bank and Gaza Strip from 1996 to 2001. He then served as manager of the Arab Bank in Palestine, and, in June 2002, he was named minister of finance of the Palestinian Authority. Until he resigned in December 2005, Dr. Fayyad served in that capacity on several cabinets, introducing in the process extensive financial reforms. In January 2006, he ran for elections on a slate of independents and was elected for the Palestinian Legislative Council (PLC), where he served as chairman of the Finance Committee. In March 2007, Fayyad was appointed again as minister of finance in a national unity government, and in June 2007, he was appointed prime minister, a position he held until he stepped down in June 2013. In August 2013, Fayyad founded "Future for Palestine," a nonprofit development foundation. Currently, Dr. Fayyad is a Senior Fellow at the Middle East Initiative at Harvard Kennedy School of government, a Visiting Senior Scholar at the Woodrow Wilson School of Public and International Affairs at Princeton University, and a distinguished statesman with the Atlantic Council’s Brent Scowcroft Center on International Security. Dr. Fayyad holds a BSc from the American University of Beirut, an MBA from St. Edward's University, and a PhD in economics from the University of Texas at Austin.