A Conversation with Kara Swisher and Ash Carter

Kara Swisher, Editor-at-Large of Recode, discusses the intersection of technology and public purpose with former Secretary of Defense and current Director of the Belfer Center for Science and International Affairs Ash Carter. 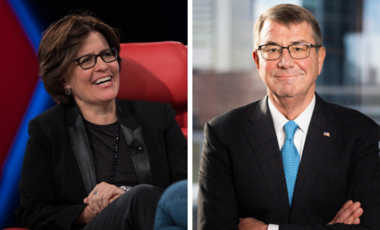 Kara Swisher, Editor-at-Large of Recode, discusses the intersection of technology and public purpose with former Secretary of Defense and current Director of the Belfer Center for Science and International Affairs Ash Carter.