**This event will now take place via remote webinar; please RSVP to receive the webinar link**

Sean will discuss how the Office of Cybersecurity, Energy Security, and Emergency Response (CESER) addresses the emerging threats of tomorrow while protecting the reliable flow of energy to Americans today by improving energy infrastructure security and supporting the Department of Energy’s (DOE) national security mission. CESER’s focus is preparedness and response activities to natural and man-made threats, ensuring a stronger, more prosperous, and secure future for the Nation. 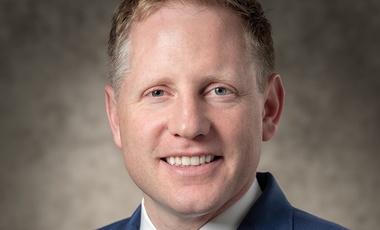 Prior to joining the Department of Energy, Mr. Plankey served on the National Security Council as the Director for Maritime and Pacific Cybersecurity Policy, where he designed national security policy to address threats from cyberspace. He has also served as the Global Cyber Intelligence Advisor for BP, and as the Deputy Chief Information Officer for U.S. Navy Intelligence.

Sean served 13 years as an officer in the U.S. Coast Guard, including a tour as the Offensive Weapons & Tactics Chief at US Cyber Command. During this time, he completed a deployment to Afghanistan, where he was the first U.S. Coast Guard Officer deployed to Afghanistan to conduct offensive cyber operations. He also held the role of Operations Officer and Law Enforcement Boarding Team Leader for two Coast Guard Cutters, one deployed on the Great Lakes and the other in the Bering Sea and Gulf of Alaska.

Sean Plankey is a graduate of the U.S. Coast Guard Academy and of the University of Pennsylvania’s School of Engineering and Applied Sciences. He holds multiple professional cybersecurity and information technology certifications.