Dan Ben-David: "Israel: The Start-Up Nation and Its Threat From Within"

A luncheon with Dan Ben-David, Executive Director of the Taub Center for Social Policy Studies in Israel and professor at Tel-Aviv University. 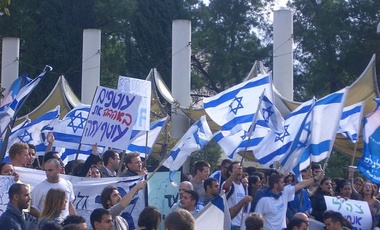 Please join us for a luncheon seminar with Dan Ben-David, Executive Director of the Taub Center for Social Policy Studies in Israel. This event will be moderated by Professor Ishac Diwan, Lecturer in Public Policy, Harvard Kennedy School.

A light lunch will be provided.

Dan Ben-David is the Executive Director of the Taub Center for Social Policy Studies in Israel and a senior faculty member of the Department of Public Policy at Tel-Aviv University. He has a Ph.D. in Economics from the University of Chicago and specializes in macroeconomics, economic growth and international trade. Dan Ben-David is a Research Fellow at the Centre for Economic Policy Research (CEPR) in London and former Faculty Research Fellow at the National Bureau for Economic Research (NBER) in Cambridge, Massachusetts. He has served as an advisor to the World Bank and to the Director-General’s Office at the World Trade Organization.

In 2010, Dan Ben-David was named “Person of the Year” by the Calcalist newspaper. He was included among the 100 most influential people in Israel by the Haaretz-The Marker newspaper in 2010 and 2012.  Dan Ben-David received the Tel-Aviv University Provost’s “Best Teacher Award” in Social Sciences in 2004 and was included in the Provost’s list of the University’s best teachers in 2012.