The increasing tempo of offensive cyber operations by Iran and its adversaries, including the US and Israel, has led many commentators to label them as “tit-for-tat”: a cyclical action-reaction dynamic where each side seeks to respond appropriately to an earlier violation by the other. However, this interpretation has significant theoretical and empirical deficiencies. Why, then, does a tit-for-tat narrative dominate our understanding of Iranian cyber activity, and what are the consequences?

Join the Cyber Project in conversation with James Shires and Mike McGetrick, the authors of the report, Rational Not Reactive: Re-evaluating Expectations of Iranian Cyber Strategy Beyond “Tit-for-Tat.”  The work of Shires and McGetrick, along with important research contributions by HKS MPP graduate, Usha Sahay, will contribute significantly to the collective understanding of Iran's broader strategy for its cyber operations. 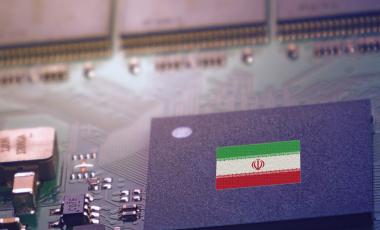 Photo Credit: Associated Press
Circuit board with flag of Iran 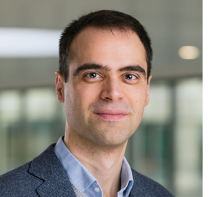 James Shires is an Assistant Professor in Cybersecurity Governance at the Institute of Security and Global Affairs, University of Leiden. He is a Fellow with The Hague Program for Cyber Norms and the Atlantic Council's Cyber Statecraft Initiative, and was formerly a postdoctoral researcher with the Belfer Center's Cyber Project. He has written widely on issues of cybersecurity and international politics, including on cybersecurity expertise, digital authoritarianism, spyware regulation, and hack-and-leak operations. He is the author of The Politics of Cybersecurity in the Middle East (Hurst/Oxford University Press 2021).  He is the co-author of Rational Not Reactive: Re-evaluating Expectations of Iranian Cyber Strategy Beyond “Tit-for-Tat.” 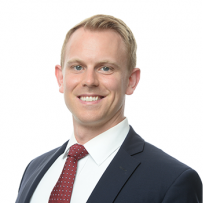 Mike McGetrick is a joint MBA-MPP student currently enrolled at MIT’s Sloan School of Management. Prior to his time at Harvard and MIT, he served as a submarine officer in the Navy. His active duty time consisted of a variety of nuclear power training schools, three years onboard a Los Angeles Class fast-attack submarine, and a tour as a congressional liaison. While onboard the submarine, Mike deployed to the Western Pacific twice and participated in a variety of bilateral and multinational exercises. He also earned a Master’s degree from the US Naval War College in Defense and Strategic Studies with a concentration in the Asia-Pacific region while serving in Washington, DC.  He is the co-author of Rational Not Reactive: Re-evaluating Expectations of Iranian Cyber Strategy Beyond “Tit-for-Tat.” 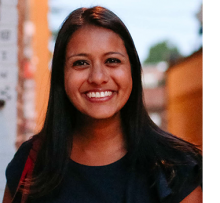 Usha Sahay is a senior editor at Politico Magazine, where she focuses on foreign policy and global affairs. She is a 2021 graduate of the Harvard Kennedy School, where she received a Master in Public Policy. While at the Kennedy School, Usha was a Belfer Center student fellow, working as a research assistant to Prof. Fredrik Logevall and the Belfer Center Cyber Project. Her paper "Revitalizing NATO: A Role for the U.S. Congress" was the co-winner of the Robert Belfer Award for Best Policy Analysis Exercise in International and Global Affairs.  Usha is the creator and host of the War on the Rocks podcast series "A Most Terrible Weapon." Prior to graduate school, Usha was managing editor of War on the Rocks, and has also been an editor at the Wall Street Journal and HuffPost. She started her career as a Herbert Scoville, Jr. Peace Fellow at the Center for Arms Control and Non-Proliferation. Usha graduated magna cum laude from Columbia University, where she majored in political science and history.  She was a contributing researcher during her time as an HKS MPP student for Rational Not Reactive: Re-evaluating Expectations of Iranian Cyber Strategy Beyond “Tit-for-Tat.”