Defense Project Series: Military Coercion and US Foreign Policy: The Use of Force Short of War

Join the Defense Project for a seminar with James Siebens, Dr. Melanie Sisson, and Dr. Barry Blechman who will discuss the topic of their new book, Military Coercion and US Foreign Policy: The Use of Force Short of War.

Military Coercion and US Foreign Policy reveals that despite its status as sole superpower during the post-Cold War period, US efforts to coerce other states failed as often as they succeeded. In the coming decades the United States will face states that are even more capable and creative, willing to challenge its interests, and able to take advantage of missteps and vulnerabilities. Competition therefore will require that the United States resolve these challenges favorably without needing to resort to war.  This book provides guidance to a new Administration about the ways in which the US armed forces can work in concert with economic and diplomatic elements of US power to create effective foreign policy.

Dr. Barry M. Blechman is co-founder and a Distinguished Fellow of the Stimson Center. He has more than fifty years of distinguished service in national security in both the public and private sectors. Blechman has worked in the Departments of State and Defense, and at the Office of Management and Budget. During the Carter Administration, he was appointed by the President and confirmed by the Congress as assistant director of the US Arms Control and Disarmament Agency. At various times during his career, he has been associated with the Brookings Institution, the Carnegie Endowment for International Peace, the Center for Naval Analyses, and the Center for Strategic and International Studies.

Melanie W. Sisson is Vice President of Analysis at Govini, and a Nonresident Fellow with the Stimson Center.  Prior to joining Stimson, Dr. Sisson was a Senior Associate with the RAND Corporation, where she conducted research on force planning, strategic approaches to countering domestic and international terrorism, covert operations, and enhancing planning and management processes within the Department of Defense.

James A. Siebens is a Fellow with Stimson’s Defense Strategy and Planning program.  Prior to joining Stimson, Siebens worked as a Data Analyst at the National Consortium for the Study of Terrorism and Responses to Terrorism at the University of Maryland, where he contributed to a Defense Department project on Gray Zone conflict. 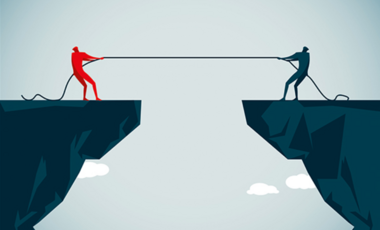 Military Coercion and US Foreign Policy: The Use of Force Short of War