A discussion with Dr. Jason Brownlee, Associate Professor of Government, University of Texas at Austin 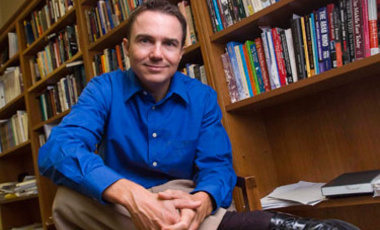 A discussion with Dr. Jason Brownlee, Associate Professor of Government, University of Texas at Austin.

Jason Brownlee is Associate Professor of Government at the University of Texas at Austin, where he researches and teaches about US foreign policy, Middle East politics, and democratization. His book Authoritarianism in an Age of Democratization was published by Cambridge University Press in 2007. He is now working to complete a book on contemporary US-Egyptian relations. Professor Brownlee’s scholarship has been published or is forthcoming in the American Journal of Political Science, Comparative Political Studies, Political Science Quarterly, and other journals. His July 2007 World Politics article “Hereditary Succession in Modern Autocracies” was recognized by the Comparative Democratization section of the American Political Science Association as Best Article of that year. Professor Brownlee is currently a visiting fellow at the Woodrow Wilson International Center for Scholars in Washington, DC. In June he will begin a Fulbright fellowship at the Al-Ahram Center for Strategic and International Studies in Cairo, Egypt.