DevOps in the DoD 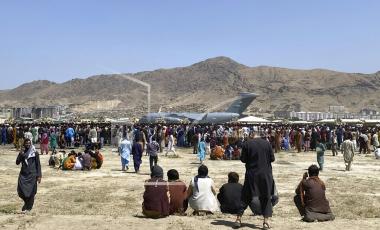 AP Photo/Shekib Rahmani
Hundreds of people gather near a U.S. Air Force C-17 transport plane at the perimeter of the international airport in Kabul, Afghanistan, Aug. 16, 2021. More than a year after the Taliban takeover that saw thousands of Afghans rushing to Kabul's international airport amid the chaotic U.S. withdrawal, Afghans at risk who failed to get on evacuation flights say they are still struggling to find safe and legal ways out of the country.

Jen is a Harvard National Security Fellow and an acquisitions officer who most recently served as a Materiel Leader at AFLCMC, Detachment 12 (Kessel Run), Boston, Massachusetts. Kessel Run is the Air Force’s premier agile software development organization for introducing commercial software development tools, methodologies, and culture into the Air Force. She led the modernization of the Air Operations Center enterprise and implementation of cutting-edge government acquisition practices for software. 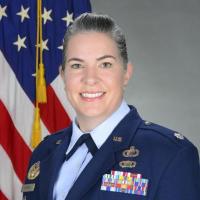 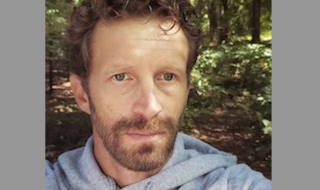 Brian started his career in the Air Force Research Lab researching jet engines. During his 9-year stint there, he earned his PhD in probabilistic analysis. He moved to the Pentagon and built the Space, Cyber, and Communications systems budget. After a year off to get his MBA, he returned to the Pentagon to lead tech forecasting for the Assist Secretary of Defense for Research and Engineering. He then left the government and joined a non-profit called Third Sector Capital Partners, Inc as their data lead and CFO. In 2020, he was called back to Active Duty to be the Commander of Kessel Run in Boston. He’s now retired from the Air Force and is the CTO and founder of Rithmm, a team revolutionizing sports betting through personalized AI models.

In just 17 days in 2021, more than 124,000 people were airlifted out of Afghanistan in what became the largest non-combatant airlift in history. This effort involved more than 800 military and civilian personnel from dozens of nations. Underpinning this historic event was the Air Operation Center's choice to issue the Air Tasking Orders using Kessel Run's new software instead of the legacy software tools.

As Commander of Kessel Run, Colonel (retired) Brian "Beach" Beachkofski, PhD, navigated the programmatic, technical, and cultural barriers in the DoD, and against all odds, delivered software users love. This software enabled more airlift missions out of Afghanistan than would have been possible using the legacy tools.

Please join the Defense Project for a discussion on what it takes to deliver modern software in today's DoD.

Attendance: In-person attendance is limited to Harvard ID holders, RSVP is required. Room capacity is limited and seating will be on a first-come, first-serve basis.

Accessibility: Persons with disabilities who wish to request accommodations or who have questions about access, please contact Emily O'Toole (emilyotoole@hks.harvard.edu) in advance of the session.