Co-sponsored by the Project on Managing the Atom and the Geopolitics of Energy Project at the Belfer Center for Science and International Affairs. 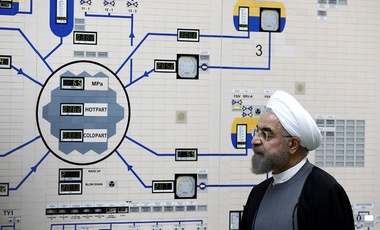 Co-sponsored by the Project on Managing the Atom and the Geopolitics of Energy Project at the Belfer Center for Science and International Affairs.

With Iran already operating a nuclear power reactor and the UAE preparing to connect its first nuclear reactor to the electricity grid, nuclear power has become a reality in the Middle East. This talk will examine the security and economic risks of the deployment of nuclear power in a volatile, war-torn, and resource-rich region.

Ali Ahmad is a faculty member at the American University of Beirut (AUB) where he leads the Energy Policy and Security in the Middle East Program at AUB’s Issam Fares Institute for Public Policy and International Affairs. Dr. Ahmad’s research and lectures cover nuclear security, energy policy, and economics. Prior to AUB, Dr. Ahmad spent two years as a Research Fellow at Princeton University’s Science and Global Security Program where he worked on informing nuclear diplomacy with Iran and studied the prospects of nuclear energy in the Middle East. During the fellowship, Dr. Ahmad worked with Princeton colleagues to develop solutions for the technical challenges in nuclear negotiations with Iran. Dr. Ahmad’s work on energy and the Middle East has so far resulted in several journal articles and book chapters, one book (forthcoming) and several op-eds and interviews with regional and international media. Dr. Ahmad holds a degree in physics from the Lebanese University and a Ph.D. in Energy Engineering from Cambridge University. Outside of academics, Dr. Ahmad advises governments and investment firms on a variety of energy issues.