Of Empires and Citizens: Authoritarian Persistence in the Arab World 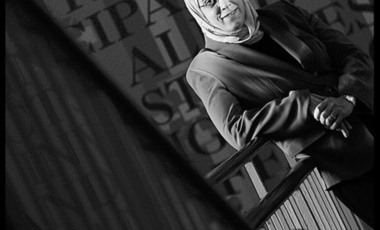 Amaney Jamal is Associate Professor of Politics at Princeton University, and she currently directs the Workshop on Arab Political Development. Jamal's current research focuses on democratization and the politics of civic engagement in the Arab World. She extends her research to the study of Muslim and Arab Americans, examining the pathways that structure their patterns of civic engagement in the US.

Jamal has written four books. Her first book, Barriers to Democracy, which won the Best Book Award in Comparative Democratization at the American Political Science Association (2008), explores the role of civic associations in promoting democratic effects in the Arab World. Her second book, an edited volume with Nadine Naber (University of Michigan), looks at the patterns and influences of Arab American racialization processes. She is revising a third book on patterns of citizenship in the Arab world, tentatively entitled Of Empires and Citizens: Authoritarian Durability in the Arab World (under contract with Princeton University Press). Jamal is also a co-author on the book, Citizenship and Crisis: Arab Detroit after 9-11. Finally, Jamal is working on a new single-authored book project entitled Living Poverty: The Urban and Rural Poor in Comparative Development. Jamal is a principal investigator of the "Arab Barometer Project," winner of the Best Dataset in the field of Comparative Politics: Lijphart/Przeworski/Verba Dataset Award (2010); co-PI of the "Detroit Arab American Study," a sister survey to the Detroit Area Study; and Senior Advisor on the Pew Research Center Projects focusing on Islam in America (2006) and Global Islam, (2010). In 2005, Jamal was named a Carnegie Scholar.