In his new book, “Fractured Continent: Europe’s Crises and the Fate of the West,” William Drozdiak, former foreign editor of The Washington Post, persuasively argues that the dream of a ‘United States of Europe’ is unravelling with dramatic consequences for Americans as well as Europeans, changing the nature of our relationships with longtime allies and even threatening global security. In conversation with Future of Diplomacy Project Executive Director, Cathryn Cluver Ashbrook, Drozdiak will probe the health of the transatlantic relationship and the impact of weakening Western democracies on the international system. 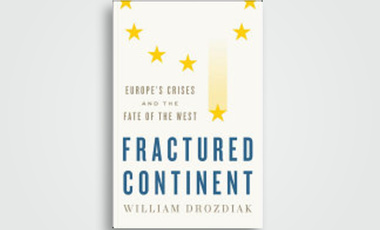 Drozdiak is a nonresident senior fellow in the Center on the United States and Europe at The Brookings Institution, and a senior advisor for Europe with McLarty Associates, an international strategic consultancy firm based in Washington, D.C. For a decade, Drozdiak served as president of the American Council on Germany (ACG), one of the oldest and most prestigious of the non-profit organizations devoted to cooperation and understanding between the United States, Germany, and Europe. For his achievements, he was awarded the Officer’s Cross of the Order of Merit of the Federal Republic of Germany by President Joachim Gauck.

Previously, Drozdiak was the founding executive director of the Transatlantic Center in Brussels, Belgium, created in 2001 by the German Marshall Fund of the United States. For two decades Drozdiak worked as a senior editor and foreign correspondent for The Washington Post. As foreign news editor from 1986 to 1990, he directed the Post’s award-winning international news coverage. Before joining the Post, Drozdiak was the U.S. State Department correspondent for Time and an international affairs writer at its New York headquarters. He also covered the Middle East while based in Cairo and Beirut for Time and The Washington Star, reporting on the Camp David peace agreement between Israel and Egypt, the fall of the Shah of Iran, the assassination of Anwar Sadat, and the war between Iran and Iraq from both sides of the conflict.