The Future of Egypt

A panel discussion with Esraa Abdelfattah, Vice-Chairman of the Egyptian Democracy Academy and founder of the April 6 movement, and Bassel Adel, co-founder of the Free Egyptians Party and political columnist for Youm 7 and Al-Watan daily newspapers. 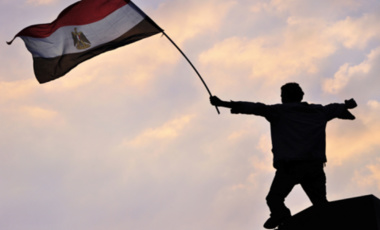 Esraa Abdelfattah, already a leading activist prior to 2011, played a major role in the January 2011 Egyptian revolution. She has been a political activist since 2008, when she created the April 6 Strike Group on Facebook, which grew to 70,000 members and resulted in her arrest. She is currently Vice-Chairman of the Egyptian Democratic Academy, a non-profit youth organization that promotes democracy, human rights, and political participation. For her efforts during the revolution, she was nominated for the 2011 Nobel Peace Prize, selected as the “2011 Woman of the Year” by Glamour Magazine, nominated for an Atlantic Council Freedom Award, and named as one of the “100 Most Powerful Arab Women” by the Arabian Business Magazine. Abdelfattah also won a New Generation Democratic Activist Award from Freedom House in June 2010, and founded the Free Egyptian Women Group, which seeks to empower women to participate in social and political activities.

Bassel Adel represented Nasr City as a Member of Parliament before it was dissolved last June. He is also a political columnist for Youm 7 and Al-Watan daily newspapers. He co-founded the Free Egyptians Party in April 2011, a party of the Egypt Bloc, and serves as a member of its executive committee. Since co-founding the El-Ghad Party with Ayman Nour in 2004, Adel has advocated for broader political participation in Egyptian politics, and he has run for parliament twice on a liberal-secular platform. He was also a co-founder of the Misryatona Amana campaign to raise citizen awareness of the December 2012 Egyptian Constitution. In 2011 he was ranked among the most active Egyptian parliamentarians, and in January 2013 he was appointed to serve as a steering committee member of Mohamed Al-Baradei's Dostour Party.

This event is co-sponsored by the Center for International Development.