A seminar with Dr. Hoda Elsadda, Professor of English and Comparative Literature at Cairo University. 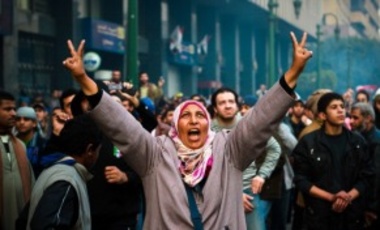 A seminar with Dr. Hoda Elsadda, Professor of English and Comparative Literature at Cairo University.

The talk will address the issue of how feminists negotiate power, focusing on the negotiations that took place around article 11, or what is known as the women’s article, in the Egyptian constitution of 2014.

Hoda Elsadda is Professor of English and Comparative Literature at Cairo University and an activist for women’s rights. In 2014-15, she is Carnegie Visiting Scholar at Georgetown University. In 1997, she co-founded and is currently Chairperson of the Board of Trustees of the Women and Memory Forum (www.wmf.org.eg). She previously held a Chair in the Study of the Contemporary Arab World at Manchester University, and was Co-Director of the Centre for the Advanced Study of the Arab World in the UK. She was member of the 50-committee that drafted the Egyptian constitution endorsed in a referendum in 2014 and was coordinator of the Freedoms and Rights Committee in the constitutional assembly. Her research interests are in the areas of gender studies, women’s rights, cultural studies, and comparative literature. Her most recent book is:  Gender, Nation and the Arabic Novel: Egypt: 1892-2008 (Edinburgh University Press and Syracuse University Press, 2012).