Geopolitics in the Arctic: A discussion with the former President of Iceland, H.E. Ólafur Ragnar Grímsson

Join the Arctic Initiative for a discussion with the former President of Iceland, H.E. Ólafur Ragnar Grímsson, the current Chair and Co-founder of the largest gathering on Arctic affairs, the Arctic Circle Assembly, and a leader in the Arctic dialogue. This session is a part of the "Glacier Talks" with leaders on Arctic issues. Limited seats available - you will be notified if you have been selected. 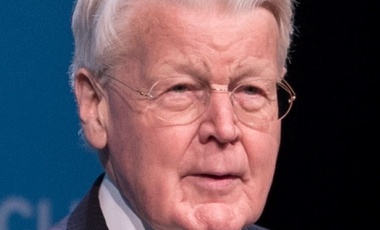 H.E. Ólafur Ragnar Grímsson served as President of Iceland for twenty years, 1996-2016; elected five times in nationwide elections. Previously, he was Minister of Finance, Member of Parliament and Member of the Parliamentary Assembly of the Council of Europe.

President serves as Chairman of the Arctic Circle, which he founded in 2013 with various Arctic partners. The Arctic Circle Assembly held in Iceland every October has become the largest annual international gathering on the Arctic, attended by more than 2000 participants from 60 countries. The Arctic Circle also organizes specialized Forums in other countries; so far, in Asia, Europe, and North America.

For decades, President Grímsson has been an active participant in the global climate dialogue and during his Presidency and in recent years initiated and promoted clean energy projects in Asia, Africa, the Middle East, Europe, the United States and the Americas; especially using Icelandic achievements and technologies as a model. Cooperation with Sinopec has led to the largest geothermal projects in the world, building clean energy urban heating systems in a multitude of Chinese cities. He was the Chairman of a commission established by IRENA on the new geopolitics emerging from global renewable energy transformation. Grímsson served on the Advisory Board of Sustainable Energy for All, created by the United Nations and the World Bank. In addition to devoting his post presidential efforts to the three areas of climate, the Arctic and clean energy, Grímsson is also involved in international cooperation on the oceans and the evolution of sustainable use of marine resources. President Grímsson has received many international awards, including the Nehru Award for International Understanding, presented to him by the President of India.

This special session with President Grimsson is hosted as a part of Glacier Talks and is open to a small number of HKS students only. Please submit a request for participation here: https://forms.gle/Spfr2gZk6ZMYdX8g8

You will be notified if you are selected to attend this session.

This session will be moderated by, Halla Hrund Logadóttir, Co-Founder and Co-Director of the Arctic Initiative. 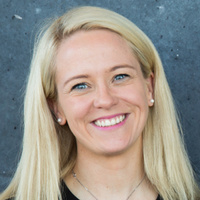