Great Expectations or Nothing to Lose? Socio-economic Correlates of Joining the Islamic State 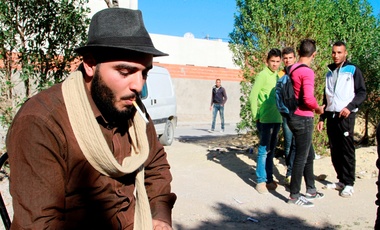 AP Photo/Paul Schemm
In this Dec. 5, 2014 photo, Ibrahim Doghri smokes a cigarette in his low-income neighborhood of Mhamdiya near Tunis, Tunisia, as he talks about how his friends went to fight in Syria.

Drawing on a new dataset of 4000 foreign fighters who joined the Islamic State from 2012 to 2014, this paper investigates the socio-economic profiles of international IS volunteers by comparing them with relevant populations in their countries of origin. Confirming previous research about Islamist radicals, we find that IS foreign fighters are more educated than their peers, albeit with considerable variation across countries. For a sub-set of countries, we use data on IS members’ education, professional background, and the relationship between the two, to assess two socio-economic hypotheses of radicalization: low opportunity costs and relative deprivation, two concepts that researchers have struggled to empirically distinguish to date. We find qualified support for relative deprivation.

Steffen Hertog is an associate professor of comparative politics at the London School of Economics and Political Science. He is a comparative political economist with particular focus on the Middle East and the author of “Princes, Brokers and Bureaucrats: Oil and State in Saudi Arabia” (Cornell University Press 2011) and, with Diego Gambetta, of “Engineers of Jihad: the Curious Connection between Violent Extremism and Education” (Princeton University Press 2016).