Book talk with Sara Roy, Senior Research Scholar and Associate at the Center for Middle Eastern Studies at Harvard. 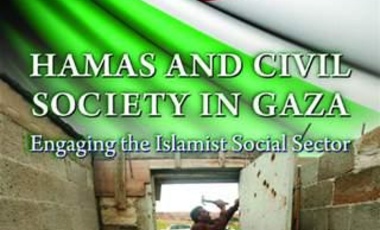 Book talk with Sara Roy, Senior Research Scholar and Associate at the Center for Middle Eastern Studies at Harvard.

Followed by a book signing at the Harvard COOP at 6:15pm, 1400 Massachusetts Ave, Cambridge, MA

Dr. Sara Roy is a senior research scholar at the Center for Middle Eastern Studies at Harvard University where she completed her doctoral studies in international development and education. Trained as a political economist, Dr. Roy has worked in the Gaza Strip and West Bank since 1985 conducting research primarily on the economic, social and political development of the Gaza Strip and on U.S. foreign aid to the region. Dr. Roy has written extensively on the Palestinian economy, particularly in Gaza, and has documented its development over the last three decades. Her current research, which was funded by a grant from the John D. and Catherine T. MacArthur Foundation, examines the social and economic sectors of the Palestinian Islamic movement and their relationship to Islamic political institutions, and the critical changes to the Islamic movement that have occurred over the last 15 years.

Dr. Roy is the author of The Gaza Strip: The Political Economy of De-development (1995, 2001), now in its second edition with a third edition forthcoming; The Gaza Strip Survey (1986); and Failing Peace: Gaza and the Palestinian-Israeli Conflict (London: Pluto Press, 2007); and editor of The Economics of Middle East Peace: A Reassessment (1999). Her most recent book is Hamas and Civil Society in Gaza: Engaging the Islamist Social Sector (Princeton University Press, 2011). Dr. Roy also has authored over 100 publications dealing with Palestinian issues and the Palestinian-Israeli conflict. Her work has appeared in the Journal of Palestine Studies, Current History, Middle East Journal, Middle East Policy, International Journal of Middle East Studies, The Beirut Review, American Political Science Review, Critique, Journal of the American Academy of Religion, Chicago Journal of International Law, Index on Censorship, La Vanguardia, Le Monde Diplomatique and the London Review of Books.