Behind the ongoing war in Syria is a broader war between states in the Gulf to protect their interests and shape the future of the Middle East. Bringing an end to fighting in Syria is unlikely to end this war, but will more likely push it into a different phase. 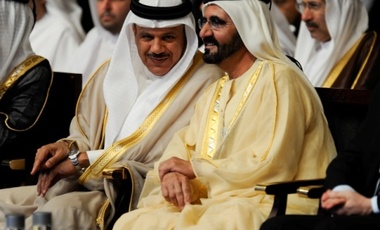 Behind the ongoing war in Syria is a broader war between states in the Gulf to protect their interests and shape the future of the Middle East. Bringing an end to fighting in Syria is unlikely to end this war, but will more likely push it into a different phase.

Lunch will be served at this event.

Jon B. Alterman holds the Zbigniew Brzezinski Chair in Global Security and Geostrategy and is director of the Middle East Program at Center for Strategic & International Studies. Prior to joining CSIS in 2002, he served as a member of the Policy Planning Staff at the U.S. Department of State and as a special assistant to the assistant secretary of state for Near Eastern affairs. He is a member of the Chief of Naval Operations Executive Panel and served as an expert adviser to the Iraq Study Group (also known as the Baker-Hamilton Commission). In addition to his policy work, he teaches Middle Eastern studies at the Johns Hopkins School of Advanced International Studies and the George Washington University. Before entering government, he was a scholar at the U.S. Institute of Peace and at the Washington Institute for Near East Policy. From 1993 to 1997, Alterman was an award-winning teacher at Harvard University, where he received his PhD in history. He also worked as a legislative aide to Senator Daniel P. Moynihan (D-NY), responsible for foreign policy and defense. He received his AB from Princeton University's Woodrow Wilson School of Public and International Affairs.

Alterman has lectured in more than 30 countries on five continents on subjects related to the Middle East and U.S. policy toward the region. He is the author or coauthor of four books on the Middle East and the editor of two more. In addition to his academic work, he is sought out as a consultant to business and government and is a frequent commentator in print, on radio, and on television. His opinion pieces have appeared in the New York Times, Washington Post, Wall Street Journal, Financial Times, and other major publications.

He is on the Board of Advisory Editors of the Middle East Journal, is a member of the Editorial Advisory Board of Arab Media and Society, and is a former international affairs fellow at the Council on Foreign Relations, where he is now a life member.

This event will be moderated by Professor Nicholas Burns, Professor of the Practice of Diplomacy and International Politics at the Harvard Kennedy School.