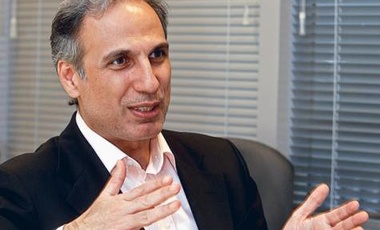 Mr. Charafeddine represents Lebanon at the IFC Committee on Central Bank Statistics located at the Bank for International Settlements (BIS) and is the National Coordinator for Lebanon’s participation in the IMF’s General Data Dissemination System (GDDS).

At BDL, he chairs the Information Security Management and Islamic Banking Regulatory Committees and is a member of the Bank’s Central Council (Board), the Open Market and the Investment Committees. He also oversees several areas at the Bank, including:

Mr. Charafeddine is the Chairman of the Advisory Council for the Islamic Finance Qualification (IFQ)[*] and a Jury panelist in the "Lebanese Excellence Award" – Lebanon’s National Quality Award.

Prior to assuming his current responsibility, Mr. Charafeddine had an extensive banking experience of 20 years. He held senior positions, including Deputy General Manager, Regional Manager, and Branch Manager in leading commercial banks namely Fransabank and Byblos Bank in Lebanon as well as Mashreqbank in Dubai, U.A.E.

As a lifelong activist in the civil society, Mr. Charafeddine served as a Board Member in several NGOs dealing with the Social Justice, Organizational, Human, and Local Community Development.

Mr. Charafeddine was a visiting lecturer at select universities in Lebanon where he facilitated graduate and undergraduate courses in Strategic Management, Leadership, and Leading Change. He also trained senior staff in many corporations, educational institutions, governmental and non-governmental organizations and had numerous contributions in national and international forums on the issues of quality, conflict management, peace building, interfaith dialogue, personal and group development.