Inside the Machine: Presidential Campaign Technology Through the Years

Join Jacky Chang, CTO of the Biden/Harris campaign, and Clare Bayley, Technology and Public Purpose Fellow and former Director of Product for the US Digital Service, in conversation about the technology behind the campaign on Wednesday, December 2nd at 1pmEST.

Attendance: This event is open to the public and hosted on Zoom. 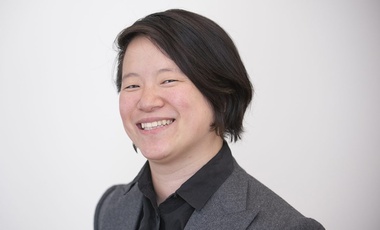 Photo of Jacky Chang
About
Registration

Campaign tech isn't like other tech. The 4-year pause between presidential races makes each campaign's technology department radically different than the one before. What had to be custom built in 2016 was available from vendors in 2020 and might be irrelevant in 2024. It's a tech leader's job to figure out what is needed, how to get it, and how to keep it all running during the highest-stakes contest in the country.

Join Jacky Chang, CTO of the Biden/Harris campaign, and Clare Bayley, Technology and Public Purpose Fellow and former Director of Product for the US Digital Service, in conversation about the technology behind the campaign.

Jacky Chang currently works at Schmidt Futures on projects to increase democratic participation and strengthen democratic institutions. She has recently returned from taking leave to serve as the Chief Technology for the Biden for President campaign.

Before joining Schmidt Futures, Jacky worked as a consultant for a number of political software projects, including for the DNC’s voter protection team. She spent most of her career as a software engineer in Silicon Valley, working for companies like Eventbrite and Stripe. She also founded her own startup focused on re-imagining the way that people read in the digital age.

Jacky holds a B.S. in Computer Science and Engineering from the Massachusetts Institute of Technology.

Clare Bayley started her career in computer science at MIT but quickly realized that she likes interacting with humans more than computers. Most recently Clare served as the Director of Product for the United States Digital Service, working under the White House to improve how the government makes and uses technology (or trying to, anyway). Previously she was the product lead for Google Developers Codelabs and the head of business intelligence for Kink.com.

Alongside technology, Clare’s other academic focus is sexuality in media and its effects on society. She minored in Women’s & Gender Studies and previously sat on the board of San Francisco Sex Information, a nonprofit dedicated to providing accurate and judgement-free information about human sex and sexuality.

In her spare time Clare is often found in the kitchen baking unnecessarily complicated breads and cakes, debating sex theory with friends, or tearing apart said kitchen in yet another home renovation project. 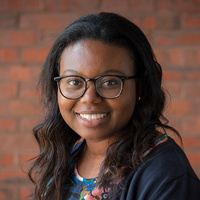