A conversation with Robert Malley about some of the pitfalls and failures of the Clinton Administration’s approach to Israeli-Palestinian negotiations. 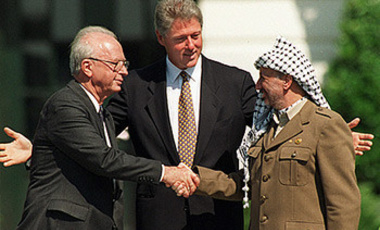 This session with Robert Malley will serve to recap the more than twenty years of Israeli-Palestinian negotiations by examining some of the pitfalls and failures of the Clinton Administration’s approach to these negotiations and how this approach has affected subsequent US Administrations.

RSVP is required. RSVP to middle_east_initiative@hks.harvard.edu

Participants are asked to read the following articles before attending this session:

Robert Malley and Hussein Agha, "Who's Afraid of the Palestinians"  New York Review of Books, 10 February 2011.

More on the speaker: Robert Malley is Program Director for the Middle East and North Africa at International Crisis Group. He directs analysts based in Amman, Cairo, Beirut, Tel Aviv and Baghdad. Together they report on the political, social and economic factors affecting the risk of conflict and make policy recommendations to address these threats. The team covers events from Iran to Morocco, with a heavy focus on the Arab-Israeli conflict, the situation in Iraq, and Islamist movements throughout the region. Robert also covers developments in the United States that affect policy toward the Middle East. He was Special Assistant to President Clinton for Arab-Israeli Affairs, 1998–2001, Executive Assistant to Samuel R. Berger, National Security Advisor, 1996–1998, and Director for Democracy, Human Rights and Humanitarian Affairs on the National Security Council, 1994–1996.

The HKS Conversation Series is made possible by the generous support of Sidney Topol.