Israel's Democratic Slippage and its Implications 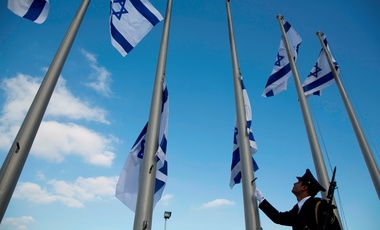 AP Photo/Ariel Schalit
A member of the Knesset guard lowers the Israeli flags to half-staff in preparations to display the coffin of former Israeli President Shimon Peres at the Knesset, Israel's Parliament, in Jerusalem, Wednesday, Sept. 28, 2016.

For close to a decade, Israel has been undergoing a process of democratic recession which is transforming it into a country which is divesting itself of many of its democratic trappings. This lecture will address the causes for this transition, its dynamics, its most recent manifestations and, on this basis, its key implications both domestically and internationally.

Naomi Chazan, professor emerita of political science at the Hebrew University of Jerusalem, is a former member of the Knesset (1992-2003), where she served as Deputy Speaker and a member of the Foreign Affairs and Defense committee. She has written extensively on African politics, Israeli politics, gender politics and the Arab-Israel conflict. She has been active for decades in a variety of human rights, peace and gender equality initiatives. Professor Chazan was president of the New Israel Fund and remains a member of its international board of directors.