Libya: A Year of Revolution and State-Building

A conversation with Dirk Vandewalle, Associate Professor of Government, Dartmouth College, and author, "A History of Modern Libya." 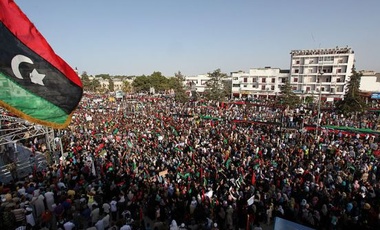 A conversation with Dirk Vandewalle, Associate Professor of Government, Dartmouth College, and author, "A History of Modern Libya."

Vandewalle served during the summer of 2011 as a political advisor to Ian Martin, the U.N. special envoy for the United National Special Mission in Libya. He has also been performing work in Libya that has been supported by a special grant from the New York-based Social Science Research Council.

In addition to his ongoing role as a Libya advisor, Vandewalle is also working on a political biography of Gaddafi that will be published in 2013 by Oxford University Press and Hurst Publishers.The second edition of his book, A History of Modern Libya, was published in March 2012 by Cambridge University Press. This new edition covers the Benghazi uprising of February 2011 and its aftermath, including the October 2011 death of Gaddafi.

This event will be moderated by Professor Meghan O'Sullivan, Jeane Kirkpatrick Professor of the Practice of International Affairs at Harvard Kennedy School.

Note: Professor Vandewalle's October 29, 2012 lecture at MEI was cancelled due to inclement weather.  This event on February 25, 2013 is the rescheduled lecture.