Mary Elise Sarotte and Robert Zoellick — Not One Inch: America, Russia, and the Making of Post-Cold War Stalemate

As the world marks the 30th anniversary of one of the 20th century's most earthshaking developments—the collapse of the Soviet Union—join the Belfer Center's Applied History Project for an open session of our Applied History Working Group. Its members—distinguished historians and public servants—study the past to illuminate the most pressing challenges we face today. 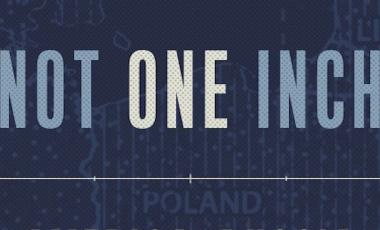 Yale University Press
Book cover for Not One Inch

For this session, the Applied History Working Group is delighted to welcome Mary Elise Sarotte, the Kravis Professor of Historical Studies at Johns Hopkins University, for a discussion of her new book, Not One Inch: America, Russia, and the Making of Post-Cold War Stalemate (Yale University Press). Moderated by Graham T. Allison, the conversation will include special guest Robert Zoellick, one of the policymakers most deeply involved in post-Cold War diplomacy, with experience as former President of the World Bank Group, U.S. Trade Representative, and Deputy Secretary of State.

All HKS affiliates are welcome to attend; register using the RSVP link above.

Professor Mary Elise Sarotte's books include The Collapse: The Accidental Opening of the Berlin Wall, listed as a Best Book of 2014 by The Economist and the Financial Times, and 1989: The Struggle to Create Post-Cold War Europe, a Financial Times Best Book of 2009.  She is the Kravis Professor at Johns Hopkins University, a researcher at Harvard’s Center for European Studies, and a member of the Council on Foreign Relations.  She earned her AB at Harvard and her PhD in History at Yale.

Robert Zoellick is a Senior Fellow at the Belfer Center for Science and International Affairs at Harvard University’s Kennedy School of Government.  Zoellick was President of the World Bank Group from 2007 to 2012, U.S. Trade Representative from 2001 to 2005, and Deputy Secretary of State from 2005 to 2006.  From 1989 to 1992, Zoellick was an Under Secretary of State and led the US negotiating team in the Two-plus-Four process for German unification.

Yale University Press on Not One Inch: America, Russia, and the Making of Post-Cold War Stalemate:

"Not one inch. With these words, Secretary of State James Baker proposed a hypothetical bargain to Soviet leader Mikhail Gorbachev after the fall of the Berlin Wall: if you let your part of Germany go, we will move NATO not one inch eastward. Controversy erupted almost immediately over this 1990 exchange—but more important was the decade to come, when the words took on new meaning. Gorbachev let his Germany go, but Washington rethought the bargain, not least after the Soviet Union’s own collapse in December 1991. Washington realized it could not just win big but win bigger. Not one inch of territory needed to be off limits to NATO.

On the thirtieth anniversary of the Soviet collapse, this book uses new evidence and interviews to show how, in the decade that culminated in Vladimir Putin’s rise to power, the United States and Russia undermined a potentially lasting partnership. Prize-winning historian M. E. Sarotte shows what went wrong."

Praise for Not One Inch: America, Russia, and the Making of Post-Cold War Stalemate:

“Not One Inch will be considered the best-documented and best-argued history of the NATO expansion during the crucial 1989–1999 period.”—Norman Naimark, author of Stalin and the Fate of Europe: The Postwar Struggle for Sovereignty

"Sarotte deftly unpacks one of the most important strategic moves of the post–Cold War Era: the decision to enlarge NATO. Her detailed history of the 1990s is groundbreaking, and her assessment of the impacts of NATO expansion on European security is balanced and nuanced. A major accomplishment and a must-read."—Charles A. Kupchan, Georgetown University and the Council on Foreign Relations