"Not So Good to be King: the Saudi Monarchy at Crossroads" with Madawi Al-Rasheed 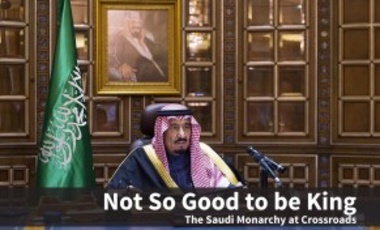 It is not the first time the Saudi monarchy finds itself surrounded by hostile regional turbulence and domestic problems. What is the nature of the new upheavals? How is the regime responding to both challenges? Reflecting on the ‘resilience of monarchies’, Professor Madawi Al-Rasheed assesses whether the monarchy can wither the storm in a changing Arab world and assess the new regime survival strategies put in place to consolidate authoritarian rule.

Study Group participants are encouraged to buy the following book. This seminar will focus on topics covered in Chapter 8 of the book:

Madawi Al-Rasheed is Visiting Professor at the Middle East Centre at LSE and Research Fellow at the Open Society Foundation.  She was Professor of Anthropology of Religion at King’s College, London between 1994 and 2013. Previously, she was Prize Research Fellow at Nuffield College, Oxford. She also taught at Goldsmith College (University of London) and the Institute of Social and Cultural Anthropology, University of Oxford. Her research interests include the anthropology of Muslim societies; religion, politics and state in Saudi Arabia; Islamist movements, civil society and mobilization; gender, religion and politics; transnational connections and the Arab Gulf; and human development.