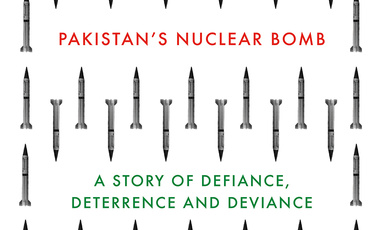 Hassan Abbas is Professor of International Security Studies and Chair of the Department of Regional and Analytical Studies at National Defense University's College of International Security Affairs (CISA). He serves as an Eric and Wendy Schmidt Fellow 2017-2018 at New America, focusing on a book project on Islam's internal struggles and spirituality narrated through the lens of his travels to Islam's holy sites across the world. He is also currently a Senior Advisor at Asia Society. He was a Senior Advisor at the Belfer Center for Science and International Affairs at the Kennedy School of Government, Harvard University (2009-2011), after having been a Research Fellow at the Center from 2005-2009. He was the Distinguished Quaid-i-Azam Chair Professor at Columbia University before joining CISA and has previously held fellowships at Harvard Law School and Asia Society in New York.

He regularly appears as an analyst on media including CNN, ABC, BBC, C-Span, Al Jazeera and GEO TV (Pakistan). His opinion pieces and research articles have been published in various leading international newspapers and academic publications. His latest book titled The Taliban Revival: Violence and Extremism on the Pakistan-Afghanistan Frontier (Yale University Press, 2014) was profiled on The Daily Show with Jon Stewart in August 2014. Abbas’ earlier well acclaimed book Pakistan's Drift into Extremism: Allah, the Army and America's War on Terror (M E Sharpe, 2004) remains on bestseller lists in Pakistan and India. He also runs WATANDOST, a blog on Pakistan and its neighbors' related affairs. His other publications include an Asia Society report titled Stabilizing Pakistan Through Police Reform (2012) and Pakistan 2020: A Vision for Building a Better Future (Asia Society, 2011).