A seminar with Rola el-Husseini, Research Associate Professor at MEMAC, the Graduate Center, City University of New York and author of Pax Syriana. 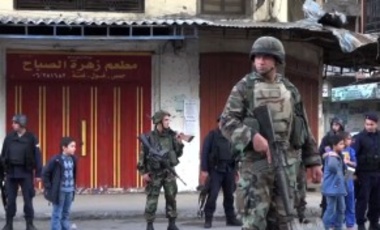 A seminar with Rola el-Husseini, Research Associate Professor at MEMAC, the Graduate Center, City University of New York and author of Pax Syriana.

Dr. Husseini will discuss contemporary Lebanese politics, including her recent book, Pax Syriana, and her most recent research on Lebanese Sunni leadership and Islamism, particularly in connection with current events in Syria and Iraq.

Rola el-Husseini is a research associate professor at MEMAC, the Graduate Center, City University of New York. She has previously held positions at Texas A&M University and at Yale University. Her research interests include Lebanese and Syrian politics, political Islam,Iran and Shiism.
Her work has appeared in Contemporary Study of South Asia, Africa and the Middle East, the Middle East Journal, Orient and Third World Quarterly in addition to several edited volumes.

She is the author of Pax Syriana: Elite Politics in Postwar Lebanon (Syracuse University Press, 2012) which includes a discussion of events in Lebanon from 1989 to 2011, with a primary focus on the period of Syrian institutionalized influence which lasted from the Ta'if agreement that ended the civil war to the assassination of Rafiq Hariri in 2005.