The Pharaoh's Curse: Muhammad Morsi and the Temptations of Power

A luncheon event with a lecture by Ellis Goldberg, professor of political science at the University of Washington. 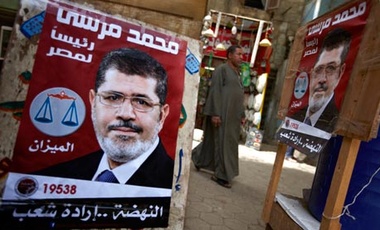 A lecture by Ellis Goldberg, professor of political science at the University of Washington.  Lunch will be served.

Biography: Ellis Goldberg is a professor of political science at the University of Washington where he teaches Middle East politics.  Most of his work has been on the political economy of Egypt in the 20th century including two monographs, Tinker, Tailor and Textile Worker and Trade, Reputation and Child Labor.  His articles have appeared in Comparative Studies in Society and History, Comparative Politics, Comparative Political Studies, and Political Theory. He has been a visiting faculty member at Princeton University, the American University in Cairo and a visiting research fellow at Harvard.  He lived in Cairo during the first six months of 2011 where he attended most of the major demonstrations and rallies before and after the collapse of the Mubarak government.  He is now working on two books.  One is a study of political theory by influential Arab intellectuals and its relation to the revolutionary uprising of 2011.  The other is a study of the origins of the concept of the rule of law in Egypt and its impact on the structure of the court system.  In 2007 Goldberg was a Carnegie Scholar and in 2012 he is a Guggenheim Fellow.