Political and Economic Challenges in the Arab Transition

A conversation with Melani Cammett, Visiting Scholar, Center for Middle Eastern Studies, Associate Professor of Political Science, the Dupee Faculty Fellow at the Watson Institute for International Studies, and a faculty associate at the Population Studies and Training Center at Brown University. 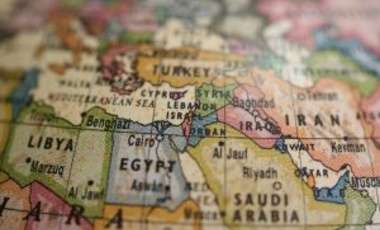 A conversation with Melani Cammett.

Melani Cammett is Associate Professor of Political Science, the Dupee Faculty Fellow at the Watson Institute for International Studies, and a faculty associate at the Population Studies and Training Center at Brown University. Her first book, Globalization and Business Politics in North Africa: A Comparative Perspective (Cambridge University Press, 2007, 2010), analyzes the impact of globalization on state-business relations in Morocco and Tunisia. Cammett's second book, Compassionate Communalism: Welfare and Sectarianism in Divided Societies, explores how sectarian organizations allocate social welfare goods and is based on extensive research in Lebanon with short case studies of organizations in Iraq and India. An article based on this research won the 2011 Alexander L. George Award of the Qualitative and Mixed Methods Research Section of the American Political Science Association. A co-edited book manuscript, The Politics of Non-State Social Welfare in the Global South, examines the origins, evolution and consequences of non-state welfare provision for state-building and human security in diverse regions. Her new research project explores governance and public goods provision by Islamists and other public and private actors in the Middle East.

Cammett’s articles have appeared in World Politics, Journal of Conflict Resolution, Studies in Comparative International Development, Comparative Politics, World Development, and other scholarly journals, among other publications. Cammett holds a PhD in Political Science from the University of California, Berkeley and an MA from the Fletcher School at Tufts University and teaches undergraduate and graduate courses on comparative politics, the political economy of development, research design and Middle East politics.