Join the Future of Diplomacy Project Executive Director Cathryn Cluver Ashbrook in a conversation with Paris Sciences Lettres Vice President Edouard Husson as he discusses There Is No Alternative: Was the rise of populism in Germany favored by Angela Merkel's favorite formula? 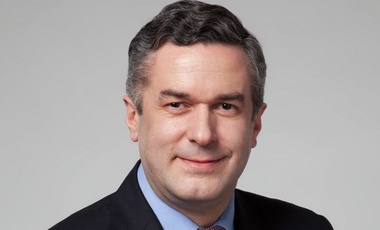 Prof. Edouard Husson is a former Vice-Chancellor of the University of Paris (www.sorbonne.fr) and former Dean of ESCP Europe Business School (www.escpeurope.eu). He is currently teaching Modern History and International Affairs at the University of Picardie (France, www.u-picardie.fr) and is a member of the Siris Lab, a research center based in Barcelona (www.sirisacademic.com).His research is mainly dedicated to the impact of industrial revolutions on the size of organisations (private or public); with Siris Academic Prof. Husson is conducting applied research about the impact of digitalisation on academic institutions.

As Dean of ESCP Europe Business School,  Prof. Husson was in charge of five campuses in different European countries (Berlin, London, Madrid, Paris and Torino). He modernised the governance in order to integrate better alumni in it. He designed with the Faculty, staff members and students and alumni a new strategy focusing on the creation of an international bachelor and on the digitalisation of the institution. Together with the Foundation supporting the school, Prof. Husson began planning a fundrasing campain which should be launched this year with the 200th anniversary of the school (2019) as a perspective.

Between July 2009 and August 2010 Prof. Husson was advisor to the French minister of Higher education and Research, Valérie Pécresse (www.enseignement-recherche.gouv.fr).

Before joining the University of Picardie, Prof. Husson had taught at the University of Strasbourg (1995-1998, www.u-strasbourg.fr), at the Department of History of the Faculty of Humanities and Social Sciences of Sorbonne University (2001-2009) and at the Paris Institut d'Etudes Politiques (2001-2009). Prof. Husson has also been researcher at the Institut für Zeitgeschichte in Munich (1993-1994 and 1999-2001), He has been invited researcher at the Center for Advanced Holocaust Studies in Washington (2005 and 2006).

He has founded the Resource center for Teaching and Research on Holocaust in Eastern Europe with the NGO Yahad-In Unum (www.yahadinunum.org). He has studied at the Ecole Normale Supérieure (member of Paris Sciences et Lettres Research University, www.univ-psl.fr) and holds a PhD in History from Sorbonne University (www.sorbonne-universites.fr).