Join us for a seminar on politicization and religious authority in the Middle East with A. Kadir Yildirim, Fellow at the Center for the Middle East, Rice Institute's Baker Institute for Public Policy. This seminar is co-sponsored by the Alwaleed Islamic Studies Program at Harvard University. 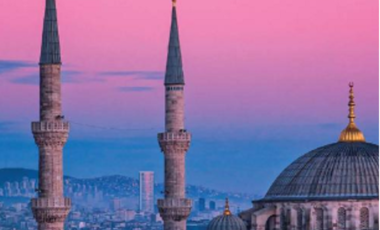 Join us for a seminar on politicization and religious authority in the Middle East with A. Kadir Yildirim, co-sponsored by the Alwaleed Islamic Studies Program at Harvard University.

A. Kadir Yildirim is a fellow for the Middle East at the Baker Institute. His main research interests include politics and religion, political Islam, the politics of the Middle East and Turkish politics. Yildirim’s recently published book, “Muslim Democratic Parties in the Middle East: Economy and Politics of Islamist Moderation,” analyzes Islamist parties' moderation trajectories and the impact of economic liberalization processes on moderation in Egypt, Morocco and Turkey. His current book project addresses the comparative effect of religious institutions on religious party evolution in the Middle East and Western Europe; it is tentatively titled "Invoking God: Institutions and Religious Party Evolution in Western Europe and the Middle East." He is the recipient of the Smith Richardson Foundation’s prestigious Strategy & Policy Fellows grant in support of this book project. Yildirim leads two research projects at the Baker Institute examining pluralism and inclusion in the Middle East since the beginning of the Arab Spring protests and analyzing the relationship between religious authority and U.S. foreign policy in the Middle East, using an experimental survey design. His work has been published in journals such as Party Politics, Politics & Religion, Comparative European Politics, Democratization, Middle Eastern Studies, Sociology of Islam and Soccer & Society. His opinion pieces have appeared in The Washington Post, Huffington Post and Al Jazeera. Previously, Yildirim was a faculty member at Furman University and a postdoctoral fellow at Princeton University’s Niehaus Center.