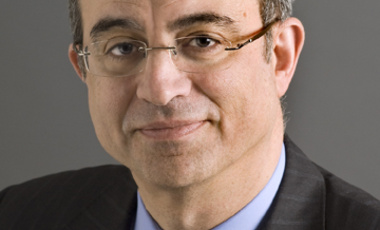 Marwan Muasher's long career has spanned the areas of diplomacy, development, civil society, and communications. Muasher served as Jordan’s spokesman and member of the delegation to the peace talks with Israel, and in 1995 opened Jordan’s first embassy in Israel. While serving as the Jordanian ambassador to Washington (1997–2002), the first free trade agreement between the United States and an Arab nation was signed.

As foreign minister, he played a key role in developing and promoting the Arab Peace Initiative. As deputy prime minister, he led a national, participatory effort to produce “The National Agenda,” a blueprint for political, economic, and administrative reform in the country. It proposed changes to the electoral law, elimination of all legal discrimination against women, legislation to allow civil society to operate with no government interference, and proposals to address the country’s biggest economic challenges—rising deficits and energy bills. The document is the first such pioneering and comprehensive effort in the Arab world.