Regulating the Other: Stories from Iran, Israel and the United Arab Emirates

A panel discussion that probes three distinct citizenship regimes in the Middle East: Iran, Israel and the United Arab Emirates. The papers trace the webs of bureaucratic practices, legal codes and discursive practices in each of these countries to assess their impact on three groups: asylum seekers, migrant workers and trafficked women in the region. 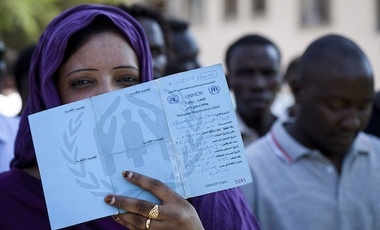 A panel discussion that probes three distinct citizenship regimes in the Middle East: Iran, Israel and the United Arab Emirates. The papers trace the webs of bureaucratic practices, legal codes and discursive practices in each of these countries to assess their impact on three groups: asylum seekers, migrant workers and trafficked women in the region.

The panel will be moderated by Christina Bain, Director, Program on Human Trafficking and Modern Slavery, Carr Center for Human Rights Policy.

This event is co-sponsored by the Carr Center for Human Rights Policy.

Two of the papers, Weinblum’s and Lori’s, explore how the religious and genealogical bases of the citizenship regimes in Israel and the UAE exclude asylum seekers and new migrants. Asadi’s paper examines the religious codes undergirding Iranian citizenship that make particular groups of Iranian women vulnerable to being trafficked. Through a discussion and comparison of these three papers, the panel seeks to broaden our knowledge of population movements in the Middle-East and to reflect on the construction and regulation of the external and internal other in these specific environments.

As a result of rapid labor migration and high barriers to citizenship since the 1970s, non-citizens now comprise 96 percent of the labor force in the United Arab Emirates. In an effort to enforce migration and securitize borders over the past decade, the federal government has spearheaded initiatives aimed at standardizing identity documents and increasing the dispersed enforcement of identity checks. Every individual in the territory must be counted as either a citizen or a guest worker with a valid visa. However, the very standardization of citizen/non-citizen distinctions has revealed the limits of the current population taxonomies. Employing a micro-history of a group of refugees from East Africa who came to the UAE in the 1970s, this paper examines how the standardization of identity documents has created a ‘grey zone’ of people caught in between legal categories, leading to their gradual loss of goods, services, and mobility.

Paper 2:
Sex Trafficking of Women in Iran: An Overview from Ideological and Legal Perspectives

Although Iran as a Muslim country becomes involved with sex trafficking due to economic instability, low standards of living, inadequate laws, and social policies, Muslim policy makers prefer to use oppressive strategies to control citizens spiritually. In this context sex trafficking is perceived as a disturbance to Muslim society and politics and looked at as anti-Muslim. It disrupts domestic sex segregation and infringes on both spiritual and physical borders. Crossing the borders (voluntarily or involuntarily) women who are treated as others by an androcentric social and political order in a Muslim society deny the control of government over the borders and breaking the laws, trafficked women get involved in a haram business, while having intercourse with non- Muslim which doubles their disobedience. Concentrating on some regulations related to prostitution and sex trafficking, the presentation explains how laws in Iran disenfranchises women from equal rights and indirectly promotes prostitution and sex trafficking and what are the reactions of the government to disobedient women who are considered as others in the ideological and political order.

Paper 3:
The discursive construction of the new “other”: an analysis of the Israeli political discourse on asylum seekers.

From the mid-2000s onward, tens of thousands of asylum seekers from Africa entered the Israeli territory. The concerns resulting from these developments have been of particular intensity in the country, partly due to the very specific identity of the state, as “Jewish and democratic”, and to its peculiar security situation. In this context, the government took different measures aiming at repelling asylum seekers, including deportations, “hot returns” and more recently, imprisonment. Against this backdrop, the paper analyzes how the arrival of non-Jewish external others has been framed in political discourse and how a dominant discourse has generated and legitimized the passing of policies denying asylum seekers the status of refugee, and criminalizing them. The paper argues that the way both dominant and marginal political actors have framed the issue in their discourses has not only resulted in the exclusion of these new others but has reinforced the boundaries of the Israeli regime as a polity primarily made by and for the Jewish people.

Tayebeh (Leila) Asadi is an independent scholar who has taught human rights at Payame Noor University, worked on family law with a young group of Iranian women activists in Iran, collaborated with the UNESCO Chair for Human Rights, Peace, and Democracy of Shahid Beheshti University, and assisted the Association for Protection of Refugee Women and Children (to help Afghan and Iraqi refugees residing Iran). She presented two reports on "discrimination against women in Iranian educational system" and "violence against child girls" in the UN Commission of Status for Women in 2011. She has taught women's rights and Islam in the university of Marry Washington and now she is fellow at Radcliffe Institute for Advanced Studies.
At the Radcliffe Institute, Asadi will continue to research and work on the realization of women’s rights as part of the international human rights agenda. Her research focuses on how international mechanisms can work together to achieve gender justice.

Noora Lori is an ACLS/Mellon Dissertation Completion fellow and a doctoral candidate in Political Science at Johns Hopkins University. Her work examines how migrant labor impacts the institutional development, regime stability, and political opportunity structures of the Arab Gulf states. Her dissertation, "Unsettling State: Non-citizens, State Power, and Citizenship in the United Arab Emirates" was funded by the ZEIT-Stiftung "Settling into Motion" fellowship. She was previously an adjunct faculty member at the Dubai School of Government and a Dubai Initiative research fellow at the Harvard Kennedy School's Belfer Center for Science and International Affairs.

Sharon Weinblum is a postdoctoral Fulbright scholar and a Belgian American Education Foundation fellow at the Carr Center for Human Rights Policy where she is part of the Program on Human Trafficking and Modern Slavery. Sharon’s research focuses on Israeli politics and combines different approaches including discourse theory, critical theories of security, and political theory. Her PhD dissertation, The Management of Security and Democracy in Political Discourse: An Analysis of the Competing Discursive Articulations of the Security-Democracy Nexus in the Israeli Parliament, analyzed the competing narratives on the tension between security and democracy in parliamentary debates. Her current work focuses on migrant workers and asylum seekers in Israel. She is particularly interested in the way these groups are articulated in public discourse (including that of political actors, NGOs, the Supreme Court or the media) and in how this affects public policies.

Sharon holds a PhD from the Université libre de Bruxelles where she has been a teaching and research assistant. She also holds an M.Phil in International Relations and Comparative Politics from Sciences Po Lille (France). Prior to joining the Carr Center, Sharon was a postdoctoral visiting fellow at SOAS (University of London). Besides her fellowship at the Carr Center, Sharon is affiliated with the Center for Middle Eastern Studies at Harvard University and with the Cevipol at the Université libre de Bruxelles.