Roadmap to a New Arab Future: Negotiating and Managing a New Social Contract and Development Model 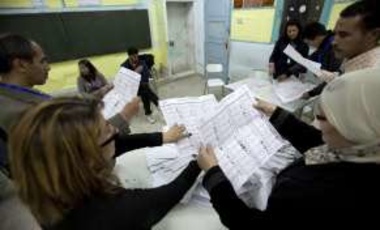 Hafez Ghanem, Vice President of the World Bank for the Middle East and North Africa.

Melani Cammett is Professor of Government at Harvard University. She specializes in the political economy of development and the Middle East and North Africa and is the author of four books: A Political Economy of the Middle East (with Ishac Diwan, Alan Richards, and John Waterbury, 2015); Compassionate Communalism: Welfare and Sectarianism in Lebanon (2014), which won the 2015 APSA Giovanni Sartori Book Award and the Honorable Mention of the 2015 APSA Gregory Luebbert Book Award; The Politics of Nonstate Welfare (coedited with Lauren Morris MacLean, 2014); and Globalization and Business Politics in North Africa: A Comparative Perspective (2007, 2010). She has received fellowships and awards from the Andrew W. Mellon Foundation, the Qualitative and Multi-Methods Research Section of the American Political Science Association (APSA), the Comparative Politics Section of the APSA, the Smith Richardson Foundation, the U.S. Institute of Peace, the Harvard Academy for International and Area Studies, the Social Science Research Council, and other organizations, has published numerous articles in scholarly and policy journals, and consults for development policy organizations. Her current research focuses on the politics of welfare and development and she has a variety of ongoing projects on governance and the delivery of social services by public, private and nonstate actors in the Middle East and North Africa.

Prior to his appointment as Vice President, Dr. Ghanem was a Senior Fellow at the Brookings Institution in the Global Economy and Development program leading the Arab economies project, focused on the impact of political transition on Arab economic development.

Between 2007 and 2012, he served as the Assistant Director-General at the Food and Agriculture Organization of the United Nations (FAO).

He has many publications in professional journals and was a member of the core team that produced the World Bank’s 1995 World Development Report.